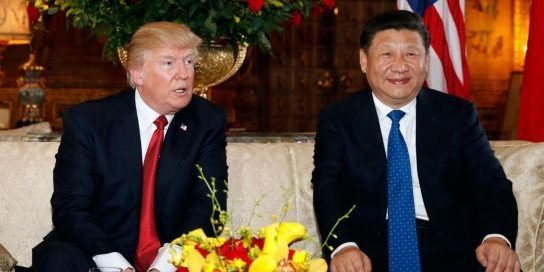 Beijing vowed to respond immediately in kind, the two biggest economies are on a collision course for a full-blown trade war.

China’s customs authority said China will levy tariffs on 545 items worth $34 billion in response to U.S.’ tariffs, according to the China Daily newspaper. China has said it would respond with tariffs on hundreds of U.S. goods, including top exports such as soybeans, sorghum and cotton, threatening U.S. farmers in states that backed Trump in the 2016 U.S. election, such as Texas and Iowa.

Earlier on Friday, China’s state media reportedly lashed out at U.S. President Trump, accusing the White House of behaving like a “gang of hoodlums” as the deadline approached.

Asian markets have taken a beating as threats heated up. Chinese shares slipped further from early deals and pulled Asian markets down, while the yuan currency also weakened. On Thursday, Ford Motor said that for now, it will not hike prices of imported Ford and higher-margin luxury Lincoln models in China.

A China central bank adviser said the planned U.S. import tariffs on $50 billion worth of Chinese goods — $34 billion plus a planned follow-on list worth $16 billion – will cut China’s economic growth by 0.2 percentage points, according to the official Xinhua news agency. U.S. Customs and Border Protection officials are due to collect 25 percent duties on a range of products including motor vehicles, computer disk drives, parts of pumps, valves and printers and many other industrial components.

The list avoids direct tariffs on consumer goods such as cellphones and footwear.