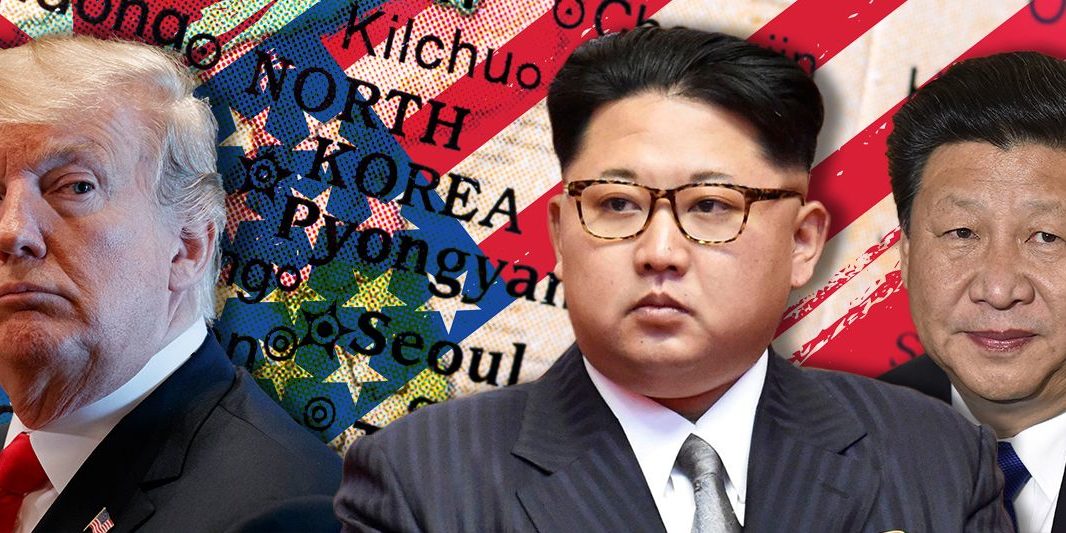 President Trump suggested Monday that China could be “exerting negative pressure” on North Korea to stray from the denuclearization “deal” signed last month, amid trade tensions between the U.S. and Beijing.

The president expressed confidence that North Korean dictator Kim Jong Un will “honor” the informal deal, despite tense talks with Secretary of State Mike Pompeo over the weekend. “I have confidence that Kim Jong Un will honor the contract we signed &, even more importantly, our handshake. We agreed to the denuclearization of North Korea,” Trump tweeted. “China, on the other hand, may be exerting negative pressure on a deal because of our posture on Chinese Trade—Hope Not!”

The president’s tweet comes days after the administration increased tariffs on $34 billion worth of Chinese imports as Beijing said it would be “forced to make a necessary counterattack.”

The president’s tweet comes days after the administration increased tariffs on $34 billion worth of Chinese imports as Beijing said it would be “forced to make a necessary counterattack.”

Chinese President Xi Jinping instructed various levels of government to get ready for a full-on trade war, The Wall Street Journal reported last week, citing Chinese officials. China is expected to hit back against the Trump administration’s 25 percent tax on those Chinese goods with taxes on an equal amount of American products, including soybeans, lobsters, sport-utility vehicles, and whiskey. But according to the Journal, China has not yet outlined exact targets.

But the president’s confidence in North Korea comes after the rogue regime over the weekend accused the U.S. of undermining the spirit of last month’s summit between Trump and Kim in Singapore, calling talks with Pompeo “regrettable.”

“We had expected that the U.S. side would offer constructive measures that would help build trust based on the spirit of the leader’s summit…we were also thinking about providing reciprocal measures,” Pyongyang’s Foreign Ministry said in a statement to the Associated Press. “However, the attitude and stance the United States showed in the first high-level meeting (between the countries) was no doubt regrettable.”

North Korea then accused the U.S. of making “gangster-like” demands regarding denuclearization.

Pompeo, though, reaffirmed the U.S. goal of complete and verifiable denuclearization of the Korean Peninsula and said that his talks with the rogue regime were conducted in “good faith.”

“If those requests were ‘gangster-like,’” Pompeo said during a press conference in Tokyo, “then the world is a gangster because there was a unanimous decision at the U.N. Security Council about what needs to be achieved.” Pompeo said that sanctions will remain in place against North Korea and be enforced with “great vigor.”