Texas border official says Mayorkas is wrong, ‘border is not secure’ as fentanyl, criminals pour across Couch and his agents work as part of Texas Gov. Greg Abbott’s “Operation Lone Star,” which was launched in March 2021 with the Texas National Guard in order to “combat the smuggling of people and drugs into Texas.” Since its founding, the operation’s efforts have led to over 225,000 migrant apprehensions, over 13,000 criminal arrests, and seizures of over 3,500 weapons and 289 million deadly fentanyl doses. Couch spoke with Fox News Digital on the Mexico-Texas border in El Paso Friday, saying that Department of Homeland Security Secretary Alejandro Mayorkas’ comment last week that the border is “secure” is a “misnomer of a statement.”

Mayorkas remarked last week during a speech at the Aspen Security Forum that the border is “secure” and “we are working to make the border more secure. That has been a historic challenge.” He went on to criticize lawmakers who won’t commit to broad immigration legislation until the situation is addressed, while also adding “there is work to be done.”

“The border is not secure. If you’re down here for any length of time whatsoever, you come down and tour these areas, talk to anybody who works down here,” Couch told Fox News Digital. “The border is not secure when you’re seeing in the RGV [Rio Grande Valley] sectors mass migration of people who are just wandering across the border. That is a misnomer of a statement that has no truth in it,”

Senior DHS sources told Fox News this week that there have been more than 500,000 known “gotaways” since Fiscal Year 2022 began in October. That is much more than the 389,155 known gotaways in FY’21. Per the sources, the United States is at nearly 900,000​ known gotaways since the beginning of FY’21, which is equivalent to a population bigger than the city of San Francisco sneaking across the border without apprehension.  Couch said the work of Texas DPS is to detect any criminal activity associated with enforcement actions. He said smugglers are getting more “creative” in their tactics to try and conceal migrants and drugs and successfully transport them across the border. 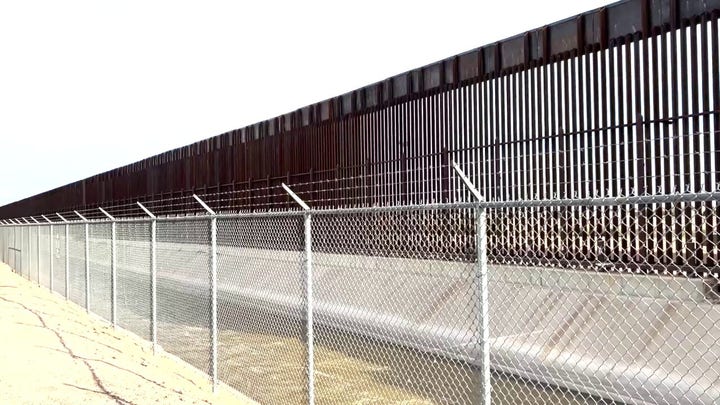 What Texas Department of Public Safety officers are “trained to do is go beyond a traffic stop,” Couch explained. “It’s more than just handing out a piece of paper and taking enforcement action. We’re doing our part to try to get involved with the why and what’s going on in that situation, to see if we can detect if there’s any kind of criminal behavior that’s taking place.”

“Our troopers are some of the best, the best in the world at doing this kind of stuff, just by having conversations with people and detecting these kinds of criminal behaviors that are happening. And so as the smugglers get more creative, the troopers also get more creative,” continued Couch.

The smuggling of illicit drugs, including deadly fentanyl, has been on the rise as well. In FY’21 the amount of fentanyl seized at the border from Mexico increased by 30% since before Biden took office and law enforcement called it enough to “kill every man, woman, and child in our country six times over.”  Couch said the troopers are taking appropriate precautions to deal specifically with fentanyl, which can be fatal upon contact with even a tiny amount of the substance. 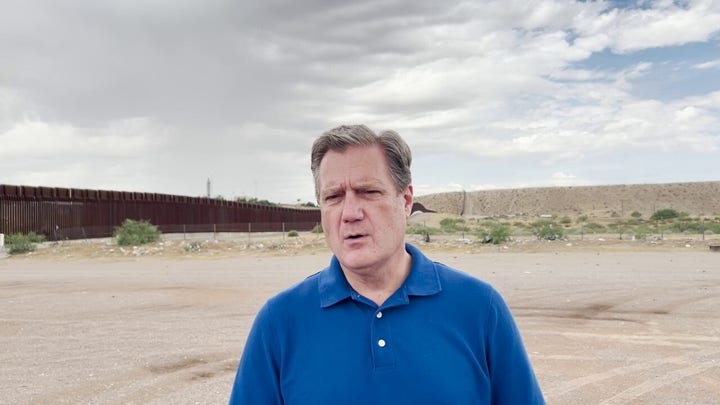 “So it’s all about training, and it’s also about preparedness. And when we know the risks that come up, then we adapt and we mold ourselves to change, to overcome those things because we’re not going to stop looking for it. So wearing a mask, always being gloved up, those are some of the risks that officers know when they start to search a car or some kind of a vehicle or some kind of container.”

“But fentanyl is a very dangerous.” said Couch. “It’s supposed to be a controlled substance that’s given by doctors. It’s supposed to be controlled at all levels. It has no business at street level being handed out by someone with no degree, you know, no education whatsoever that you’re picking up a pill from'”. The sergeant said the smugglers’ treatment of the migrants they take across the border is scarring, especially the reports that over half of young girls being trafficked across the border are being raped.

“The treatment of human beings as though they’re nothing more than property is something this country doesn’t stand for,” he said. “And it’s something that as law enforcement, we’re not going to stand for. It is a very, very sad and tragic event when you see young, young children, 8 or 9 years old, being raped, being sodomized, being marginalized in their life. You know, even if we get them saved from that situation and in a good place, what kind of pain and suffering are they going to carry within the rest of their life?” 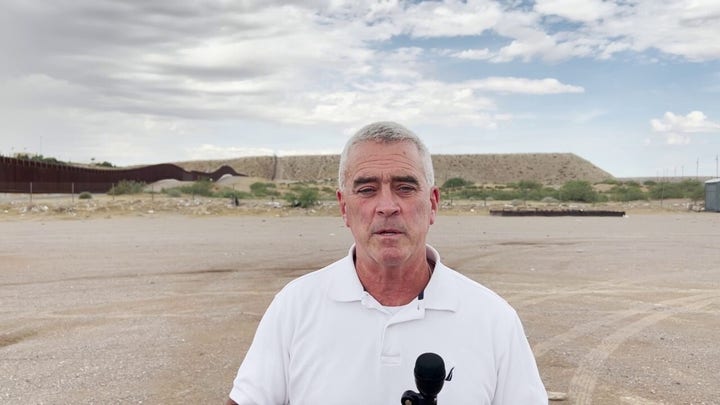 The sergeant also said that his team is seeing an uptick in weapons smuggling in both directions, into and out of Mexico.

The sergeant also said that increasingly, migrants are being transported into the U.S. carrying weapons and drugs, when in the past they had been unarmed.

“There are weapons [from] the U.S. that are being transported across the border back to cartel members there in Mexico because they’re using them for intimidation, for murder, for all the things that they do to do their trade across the border.” Couch said that ideally, the DPS would receive more “manpower” to be able to accomplish their mission.

“If we had more people, we have so many good missions that need to be taken care of, then we would have the manpower to put them everywhere,” he said. “If we had the people, if we had the personnel that were there, then we could continue the great work we’re doing in the interior of Texas, as well as what we do in supporting the border.”

The sergeant is also encouraging more recruitment and help from the public to help stop criminals before they disappear into the interior of the U.S. He encouraged Texans to use “iWatch, Texas” to help border agents in their work. “See something, say something is still very vitally important. If you’re seeing crossings or people that you think might be illegal, it’s worth at least calling your local law enforcement.”

Couch said anytime that he and his agents help people and rescue individuals from being trafficked or marginalized, he can sleep well at night knowing he has made a difference. “And you can actually intervene in that situation and save someone or help someone, man. You could put your head on the pillow knowing at least for that, at least in that situation, you’ve made a difference. But when you grab that feeding off the street or you get that big load of marijuana, or you get those criminals that are coming across that are wanted somewhere else, or they’ve committed a crime in Texas, and we can actually put them in jail.”

“Our leadership, our chain of command, our governor of the state of Texas, we have some fantastic men and women who are giving of their lives every day coming down here, away from their families for long periods of time, to try to again fill the gaps that have been left by the federal government not doing their job. We’re proud to do it,” he said. “We love Texas.”