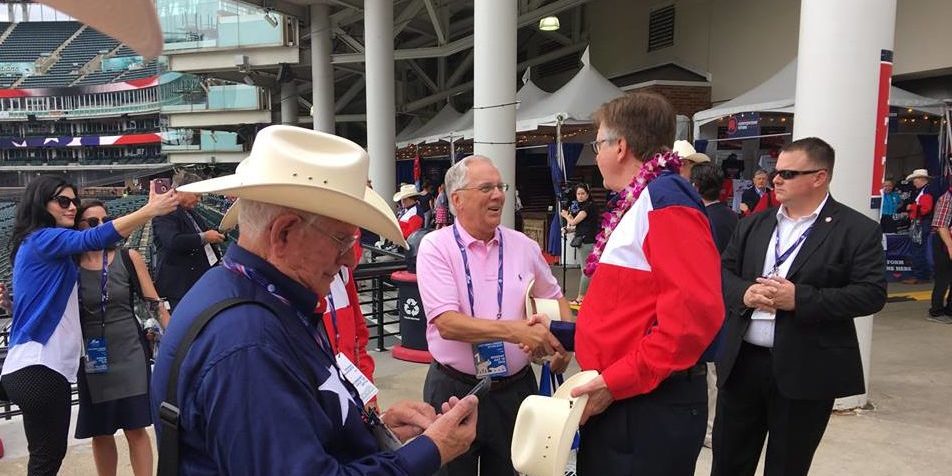 “There has been much discussion on events at the convention today. I want to set the record straight.

There are rules put in place by the RNC to ensure orderly debate in a hall with thousands of delegates. To be clear, at no time would I, or did I, prohibit anyone from speaking.

Here’s what transpired this afternoon: The Committee Report on the Rules was brought to the floor for consideration. A voice vote was held, and the chair ruled the “ayes” prevailed and the report was adopted.

Following a break in the action, the motion to adopt the Rules Committee report was reconsidered. Again a voice vote was held and the chair ruled that the “ayes” prevailed.

A delegate from Utah stood and sought a roll call vote. To have a roll call floor vote, the RNC rules require a minimum of 7 states to submit a petition to the Chair for a floor vote.

The chair announced that there were not 7 states submitting a valid petition. Therefore, a roll call vote on the floor was not in order and there was nothing to debate.

Texas was not one of the states submitting a petition. Some Texas delegates had talked to me about their desire for a roll call vote, but again, under RNC rules, no one was allowed to speak because there was no debate on the floor. If there had been a floor debate, as Chair, I would have motioned for our delegates to speak.

I greatly appreciate all of our delegates who wanted a floor debate. They worked hard but fell short.”

‘Florida Has Your Back’: How DeSantis Is Helping Arizona and Texas with Border Crisis
June 17, 2021

Trump Says If Biden or Harris Won’t Visit the Border to See Their Crisis, Then He Will
June 17, 2021