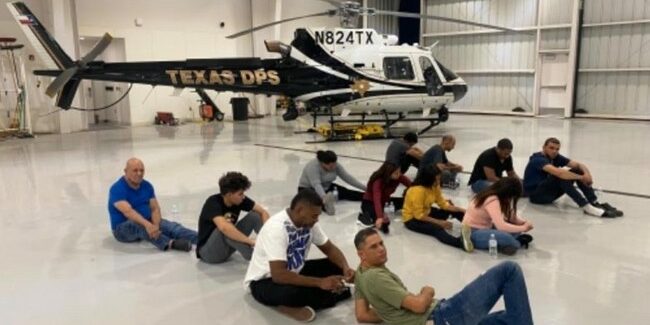 An illegal immigrant busted during a human smuggling attempt struck a Texas Department of Public Safety pilot with an SUV on Wednesday during an attempt to flee the scene.

The incident occurred after the Texas official conducted a ramp check on a Gulf Stream IV plane due to suspicious activity. When the DPS pilot questioned the person who charted the plane and asked for IDs from the group of individuals, all attempted to run.

“During their attempt to flee, the DPS Pilot was struck by an SUV, driven by Andreina Felix,” DPS said in a statement. “He sustained minor injuries. DPS Troopers and Special Agents were able to stop both Diaz Jorge and Felix and determined they were attempting to smuggle 13 illegal immigrants by chartering a plane to Houston.”

One of the illegal immigrants claims to have paid $7,000 to be smuggled into the U.S. and $4,000 to do so by plane, a DPS official said, reports Fox News’s Bill Melugin.