The Hunt for the SCOTUS Leaker Is On 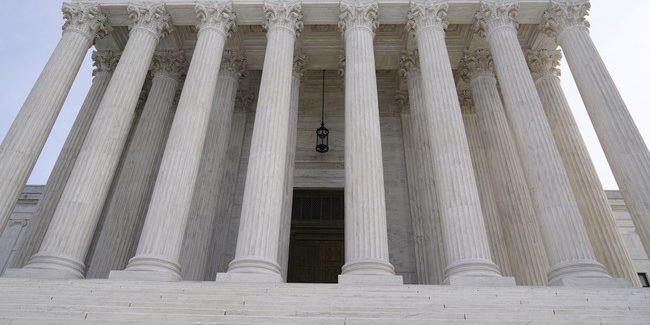 Chief Justice John Roberts released a statement Tuesday morning confirming that the Supreme Court was launching a full, formal investigation into the source of Monday’s leak of the draft opinion showing an overturn of Roe v. Wade:

To the extent this betrayal of the confidences of the Court was intended to undermine the integrity of our operations, it will not succeed. The work of the Court will not be affected in any way.

We at the Court are blessed to have a workforce – permanent employees and law clerks alike – intensely loyal to the institution and dedicated to the rule of law. Court employees have an exemplary and important tradition of respecting the confidentiality of the judicial process and upholding the trust of the Court. This was a singular and egregious breach of that trust that is an affront to the Court and the community of public servants who work here.

I have directed the Marshal of the Court to launch an investigation into the source of the leak.

In the wake of Monday night’s unprecedented leak of a draft opinion from the Supreme Court suggesting the high court is poised to overturn Roe v. Wade, the hunt is on to find the source of the leak that destroyed the trust that’s long-existed among justices and their clerks.

As our sister site RedState reported earlier, sources told CBS News that Chief Justice John Roberts is “likely” to order an investigation “involving the FBI” to track down the person or persons responsible for the leak.

Megan Kelly slammed the leaker, calling them a “low-life criminal” and saying the responsible party “should lose their law license.”

Jonathan Turley wrote early Tuesday morning about how “the damage done to the Court as an institution will likely be lasting” after the leak “shattered a long tradition of the Court of strict secrecy and integrity in the handling of drafts.”

Turley also dove into how an investigation might go, and what the punishments may be for the responsible party:

The leak is the greatest crisis faced by Chief Justice John Roberts and the greatest security breach in the history of the Court.

The question is how the FBI and the Court will proceed in the investigation. Anyone taking this deeply unethical act is likely to have taken steps to hide their tracks.  I would be surprised if there were a paper trail or email record. However, anyone who would take such a reckless act may have been equally reckless in the means used to violate the Court’s rules.

If the culprit is a lawyer, disbarment would seem a virtual certainty. This person may be a hero in the eyes of some, but will remain a pariah in the eyes of any ethical lawyer. Yet, disbarment could be the least of the problems.  If a suspect lies to the FBI, there could be prosecution under 18 U.S.C. 1001.

Thus, the culprit will have to make a decision today of whether to radically increase the potential costs of this act. There are a relatively small number of individuals with access to these drafts. It is likely that the culprit will be contacted quickly with others by investigators. That will prove a critical moment that could transform an unethical into a criminal act.

While the FBI has a…spotty track record in recent years when it comes to closing in on suspects, it seems clear that whoever leaked the document is in for some serious career-altering punishment one way or another. Despite the cheerleading from the left for the still-unknown source of the leak, that won’t be enough to save them from punishment from SCOTUS or potentially the FBI.

Senator Josh Hawley (R-MO) also raised an important question about who had access to or viewed the leaked draft before POLITICO published the document. Reaction to the document from Democrats was fairly quick, including fundraising text messages from the DNC, and generally revolved around the same unhinged hyperbole.

As Carrie Severino pointed out last night, “The forces on the radical Left that seek to undermine the institution of the Court have no limit; they will stop at nothing to get what they demand. This leak is just the latest iteration of the Left’s shameful campaign to intimidate and undermine the Court, and it should be seen for exactly what it is.”