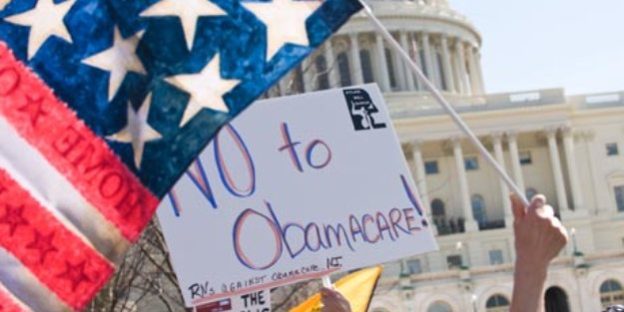 President-elect Donald Trump hasn’t minced words about what legacy legislation would be on the chopping block from President Obama’s administration.

From the start, Trump has vowed to repeal ObamaCare within his first 100 days in office. His upset victory early Wednesday immediately raises thorny questions about what’s next for a range of hot-button issues – from the vacancy on the Supreme Court to pending trade deals to immigration policy to health care.

The Affordable Care Act, commonly known as ObamaCare, has been a GOP target for many years. Trump claimed in the last few weeks of the election that he might even call a special session of Congress to get it done.

“We will do it, and we will do it very, very quickly,” he promised, discussing the ACA. “It’s a catastrophe.”

Now that he’s the president-elect, and Republicans who have tried doggedly for years to repeal the law have retained control of the House and Senate, the party has a potential pathway to unravel the ACA.

“With unified Republican government, we can fix this,” House Speaker Paul Ryan said of ObamaCare on Wednesday. Amid spiking premium costs, Ryan also told The Washington Post Wednesday that the law is “collapsing under its own weight.”

Beyond Republicans’ blunt opposition to ObamaCare, there are few specifics on how the dismantling and rebuilding of a national health care system would look.

But supporters like Families USA, a liberal consumer-health lobby, organized a midafternoon call with hundreds of ObamaCare advocates in about 40 states to start mapping a grassroots campaign to fend off challenges from a Trump administration.

White House Press Secretary Josh Earnest said Obama will have the chance to discuss these policies with Trump but said the president’s top priority is not his legacy but the millions of Americans who got health insurance under the law.

RBC Royal Bank analyst Frank Morgan said the impact of a Trump win “would likely inject an unhealthy dose of uncertainty” for the health care industry. During the first quarter of this year, the rate of the country’s uninsured fell below 9 percent for the first time to 8.6 percent. Still, premium spikes for 2017 are being felt by millions, and helped fuel Trump’s presidential bid in the final weeks.

Trump’s victory on Wednesday also has major consequences for the makeup of the Supreme Court. Obama’s outgoing pick, Judge Merrick Garland, appeared certain not to make the bench; Trump’s victory will likely pave the way for the nine-member court to be restored to full capacity, with the court once again leaning right.

“Trump’s decisive, map-realigning victory, was in large part won by his focus on the Supreme Court issue,” Ken Blackwell, former Ohio secretary of state who is on the board of numerous conservative organizations, told FoxNews.com. “The American people showed their rejection and disdain for adding more liberals to the Court by voting to re-elect a Republican Senate.” Blackwell believes Trump’s position on the Supreme Court “seriously and publicly demonstrated his approach to governing when he announced repeatedly that he asked America’s pre-eminent legal experts associated with The Federalist Society to provide him a list of the most qualified and experienced judges with solid records of jurisprudence.”

Another Obama legacy item on the line is the Trans Pacific Partnership. The 12-member free-trade agreement pushed by the Obama administration as a way to deepen economic ties has been knocked multiple times by Trump. He has vowed to ditch the deal when sworn in.  “TPP is now in the history dustbin for sure,” Gary Hufbauer, a senior fellow at the Peterson Institute for International Economics, told POLITICO Pro. Other trade initiatives including the Transatlantic Trade and Investment Partnership and the Trade in Services Agreement are also likely to fall by the wayside.

Whether Trump will follow through on some of his more controversial comments on immigration – building a wall and making Mexico pay for it – as well as his call for “extreme vetting” for immigrants from terror-prone countries has yet to be seen.