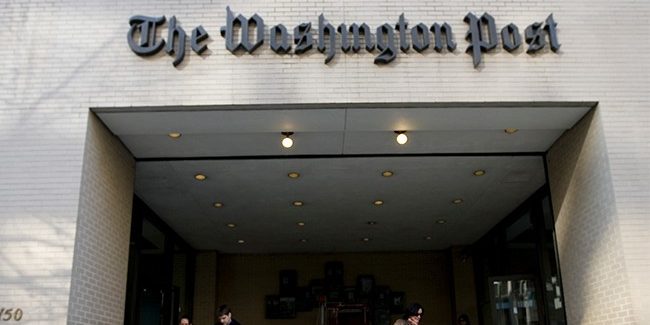 I mean, I know this story has been beaten like a dead horse, but it’s still an issue. As long as there are liberals, a Democratic Party, and media institutions that they dominate, this will always be an issue. I think what’s new is how bad it has become ever since Trump won the 2016 election. In fact, the institutional Left has not just thrown caution to the wind but has said many of the things they’ve kept quiet about out loud.

We’ve all known they wanted to confiscate guns, establish national databases to do so, and destroy the Second Amendment. Now, they’re running on it, but back to why the media is garbage. It seems that even liberals know that those entrusted to inform us or misinform us, have been terrible. You can’t get the level of disgust in the latest Edelman Trust Barometer without some bipartisan support. Nearly 60 percent of Americans think the media willingly lies to us, leaving just 41 percent of the country trusting the media establishment. I’m betting that 41 percent live in urban areas and the coasts, right (via Edelman):

The 2021 Edelman Trust Barometer reveals that people don’t know where or who to turn to for reliable information. A majority of respondents believe that government leaders (57 percent), business leaders (56 percent), and journalists (59 percent) are purposely trying to mislead people by saying things they know are false. The global infodemic has driven trust in all news sources to record lows with social media (35 percent) and owned media (41 percent) the least trusted; traditional media (53 percent) saw the largest drop in trust at eight points. A December Edelman Trust Barometer Post-U.S. Election Flash Poll found a stunning 39-point gap in trust in media between Biden voters (57 percent) and Trump voters (18 percent); a 15-point drop among Trump supporters since November.

“This is the era of information bankruptcy,” said Richard Edelman, CEO of Edelman. “We’ve been lied to by those in charge, and media sources are seen as politicized and bias. The result is a lack of quality information and increased divisiveness. Fifty-seven percent of Americans find the political and ideological polarization so extreme that they believe the U.S. is in the midst of a cold civil war.

Business (61 percent) has emerged as the most trusted institution, replacing government (53 percent), which fell substantially since its 11-point surge in our mid-year update last May. Business is the only institution deemed ethical and competent; business outscores government by 48 points on competency and is approaching NGOs in ethics.

I mean, for three years, they peddled one of the biggest incidents of journalistic malpractice with the Russian collusion nonsense; a pure lie manufactured by the liberal media. It was weaponized by the Democrats to lay the foundation of an impeachment push and when that didn’t work—they tried to use an even shoddier quid pro quo story to impeach Trump. And now, Katie has the latest liberal media trip up from The Washington Post, who two months after posting this story—admit they misquoted Trump during his call with Georgia’s secretary of state:

Correction: Two months after publication of this story, the Georgia secretary of state released an audio recording of President Donald Trump’s December phone call with the state’s top elections investigator. The recording revealed that The Post misquoted Trump’s comments on the call, based on information provided by a source. Trump did not tell the investigator to “find the fraud” or say she would be “a national hero” if she did so. Instead, Trump urged the investigator to scrutinize ballots in Fulton County, Ga., asserting she would find “dishonesty” there. He also told her that she had “the most important job in the country right now.” A story about the recording can be found here. The headline and text of this story have been corrected to remove quotes misattributed to Trump.

Alas, circling back to that figure about 59 percent of Americans believing the media is intentionally lying to us. Well, here you go:

And how was this discovered? Apparently, the call was in a trash folder and discovered through an open records request. They lied, folks. So shocking, right?  And people wonder why the media sucks, why they’re distrusted, and why the ‘CNN sucks’ chant still has legs. With scandals like this, well, it could and should become a permanent fixture since these liberal media types are professional liars, just like their Democratic Party overlords.