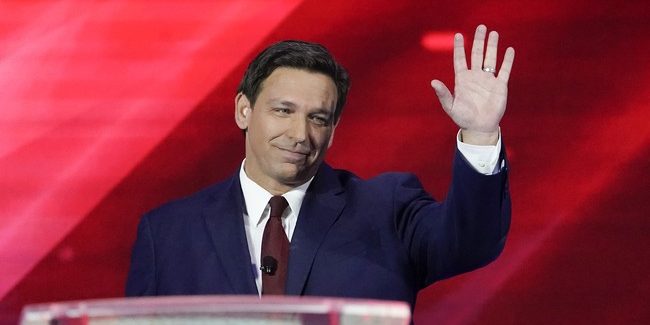 A coda to yesterday’s post about the recent Associated Press story contrasting the divergent pandemic mitigation efforts of California and Florida, which took starkly different policy paths on restrictions, then ended up in nearly the exact same place on COVID — and distinctly different places on the economy and other key measures.  Despite “almost identical” health outcomes, per the AP, California has destroyed far more jobs and businesses, with unemployment jumping sharply, and in-person classroom instruction is among the worst in the nation.  Florida has been far more open, has held down economic suffering, and is near the front of the class on open schools.   In my tweet on the issue, I asked the question, “where would you rather live?”  It seems as though Florida Democrats who are eager to defeat Gov. Ron DeSantis in 2022 are struggling with the realization that his much-maligned decisions, demonized endlessly in the media, might have been…right:

After a solid year of living with a pandemic, the national press is beginning to ask the question that even Democrats have been quietly pondering in the Sunshine State: Was Gov. Ron DeSantis’ pandemic response right for Florida? … Our death rate is no worse than the national average — and better than some states with tighter restrictions … The New York Times explored the positives — from the booming real-estate market to Florida’s low unemployment rate — of an early reopening: “Much of the state has a boomtown feel,” writes Patricia Mazzei, “a sense of making up for months of lost time.” The Times notes that Florida’s unemployment rate is 5.1%, compared to 9.3% in California, 8.7% in New York and 6.9% in Texas. “That debate about reopening schools? It came and went months ago. Children have been in classrooms since the fall.“

If you’ve been to Florida lately, you already know how apt the “boomtown” observation is.  The Axios authors close their piece with this bizarre assertion: “We’ve long known that the state’s pro-business Republican leadership was making a sort of grand bargain: that the death toll was the price paid for keeping commerce flowing and keeping kids in school.”  What?  Even the less-than-glowing New York Times story they reference (which we also linked to yesterday) notes how DeSantis’ approach prioritized protecting the demographic most vulnerable to the virus, which also happens to represent a disproportionately high percentage of the state’s population:

DeSantis focused on seniors.  This saved lives.  And the whole point of the AP story was not that Florida made some “grand bargain” under which more people would die, in exchange for a better economy.  The point was that California locked down longer and harder, with many more restrictions, and did not produce significantly better public health outcomes.  New York and New Jersey have imposed much harsher restrictions on their citizens and businesses than Florida has, and have much worse Coronavirus death rates. In other words, Florida’s policies have saved countless jobs and helped millions of students remain in classrooms without making a ghoulish ‘bargain’ or trade-off involving deaths.  Kids in school are not a public health risk.  And it is not remotely clear that Florida would be in better shape overall if DeSantis had clamped down; there’s a very strong case that it would be worse off.  It’s clearly very hard for many people to shed previous assumptions, no matter what the data actually shows.  Charles Cooke, a Florida resident, makes a number of similar points excellently and succinctly here:

And if this is how Democrats plan to beat DeSantis next year, they shouldn’t get their hopes up:

Comically terrible, even setting aside the substance.  Also, are the people who produced this ad aware that Trump just carried Florida somewhat handily?  Before you go, I’d encourage you to read this round-up of reactions to Cosmopolitan lavishing glossy, heroic coverage upon a deranged conspiracy theorist who has falsely accused Florida of hiding its COVID data.  The same woman has also been arrested for stalking, and for unlawfully accessing the state’s emergency alert system.  Her allegations have always been bogus, but this summary of events from May of last year bent over backwards to give her the benefit of the doubt.  She has since squandered any such benefit with her actions and it is embarrassing that any media outlet continues to hold her up as a remotely credible ‘whistleblower’ when she is a dishonest crank.  And as we ponder COVID best practices, I’ll leave you with the CDC appearing to be weirdly intent on discrediting themselves in the eyes of many Americans.