Gov. Abbott Tells President Biden He Was ‘Not Prepared’ for Border Crisis 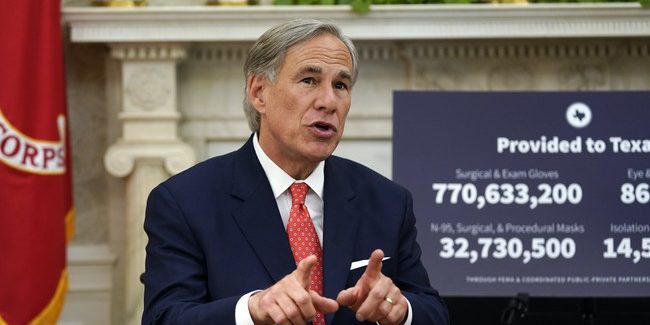 At least 500 kids are being detained at the U.S.-Mexico border every day. Despite the administration’s hesitation to give it a label, any way you look at it, it is a “crisis.” The migrant surge is now at a 20-year high.

At a press conference on Wednesday, Gov. Greg Abbott said that the number of unaccompanied children coming into the States is “only a fraction” of what we’ll see in the coming months. He also identified the culprit: President Biden’s policies. The president and his team were “completely not prepared” for the immigration crisis, Abbott charged.

“What the Biden Administration is doing by allowing any child who wants to come across the border to come here, it means he is going to subject thousands upon thousands of children to the horrific trauma that these children have to go through as they make that trek through the border,” he added.

“We are demanding that the Biden administration step up and address the human trafficking component of all these children coming here,” Abbott said. “I urge President Biden do not traumatize these children by enticing them to make this trek.”

Biden’s attempt to fix the problem? In an interview with ABC News’ George Stephanopoulos, he told migrants, “don’t come over.” And yet, as Twitter reminded him, during the campaign in 2019 he said the complete opposite.

Julio is currently down at the U.S.-Mexico border providing an up-close glimpse of the crisis. As he’s documented,  the surge of unaccompanied minors has forced child-holding facilities to reopen.