Amazon picked its winners but what about the 18 other finalists? 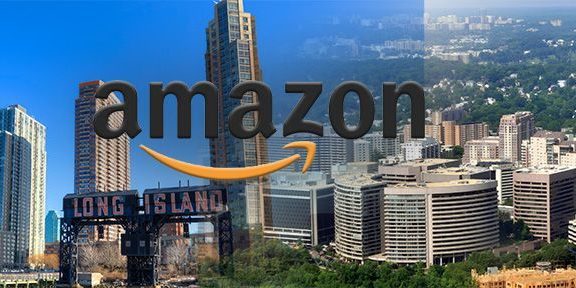 Amazon’s grand search for a second headquartersended Tuesday with a split between the Long Island City section of Queens, New York, and the Crystal City area of Arlington, Virginia. And while those two areas are celebrating their wins with an influx of new jobs and billions of investments, the other 18 finalists, who were picked last January, are now grappling on what to do next after releasing all their data to the e-commerce giant. Many experts say the massive amounts of comparative data Amazon collected over the past year will serve them well for years to come.

“Just imagine access to detailed insights on where pockets of tech talent are located coupled with analysis of job market conditions in particular regions. Amazon is in a great position to utilize all this for its future recruitment and investment efforts,” Natalia Panowicz, chief operating officer for the tech recruiting platform Codility, tells FOX Business.

Josh Wright, former Fed staffer and chief economist at ICIMS, tells FOX Business while the negotiations have been private and sealed, there’s no telling exactly what kind of information Amazon has gained access to but we can be sure that they will use it to help themselves grow even more. “We can be sure that they used the cities’ discussions of transportation infrastructure to improve their delivery systems in a lot of communities,” Wright says. “[And], we can sure that Amazon vacuumed up a lot of data that they will now feed into their algorithms and build more complete profiles of who we each are as consumers.”

Wright adds that in many ways, Amazon will now know more about these communities than the government — or anyone else for that matter. However, Amazon tells FOX Business that the information they have collected throughout their search isn’t exclusive to them and those finalists will release that information to any employer who asks. Also, it has no intention to use it to help “build more complete profiles of consumers.”

What’s more, Amazon has announced it has already invested in creating 6,000  jobs in some of the 238 communities that submitted an application to become a finalist and it plans to use the data it collected to create even more in the future.