Caitlyn Jenner: ‘I Am All for the Wall’ 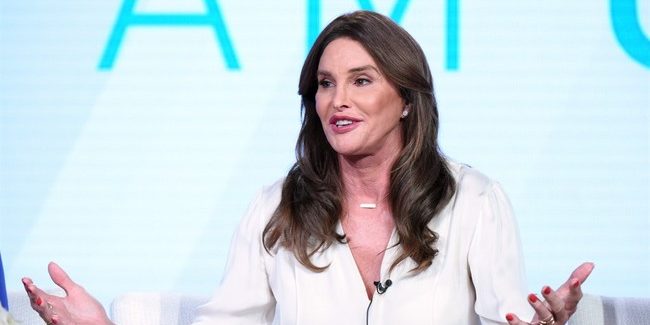 Caitlyn Jenner, newly-minted candidate for governor of California, joined Fox News Channel’s Hannity on Wednesday night to share plans for the Golden State as the olympian competes in a crowded field amid the recall of Governor Gavin Newsom. “He’s been bad on every issue,” Jenner said of Newsom’s record.

“It was not an easy decision, it took an awfully long time,” Jenner told Hannity of jumping into the gubernatorial race. “I knew it would not be easy, I knew it’d be tough. But you know what? California’s worth fighting for… Either I stay and fight or I get out of here.” When asked about immigration policy, the former reality tv star said “I am all for the wall, I would secure the wall.”

“We can’t have a state, we can’t have a country without a secure wall. You have two questions here. One is stopping people from coming in illegally into the state. And then the second question is, what do we do with the people that are here? We are a compassionate country,” Jenner said. “I would keep it a sanctuary state for small businesses,” Jenner added.

On the topic of the current governor’s handling of coronavirus, Jenner remarked that “Gavin Newsom on this issue has been absolutely horrible. He’s used it as a political tool in this state to shut it down, to control people.” Jenner slammed Newsom’s “total mismanagement of this process” of reopening California. When asked whether California should be reopened tomorrow, Jenner replied “absolutely, open it right up.” Echoing some of the sentiment from the Olympic champion’s first campaign ad, Jenner told Hannity “I want to take that same fight, that same spirit, go to Sacramento, surround myself with some of the smartest people out there… because now I’m in a race for solutions.” Jenner continued: “I need to find solutions to be able to turn this state around. I absolutely love this state. I’m a fighter, always have been.”

Our Larry O’Connor had great analysis on the messaging in Jenner’s ad that was reiterated to Hannity:

“This is a powerful message. In fact, it’s the winning message… The fact that the message is delivered by a former gold medal olympian with an enormous social media following, huge name recognition, and access to a broad spectrum of media outlets and venues, especially those that would never care to talk to or feature a politician but will line up and beg for a Jenner interview makes Jenner a candidate that would appear to be absolutely formidable.

Let’s face it… If Caitlyn Jenner was still Bruce Jenner, wouldn’t this candidacy be incredibly powerful? This brings us back to the messenger.

Will conservatives and Republicans rally around Caitlyn Jenner in the same way they may have for Bruce Jenner? Well, maybe the better question is, why wouldn’t they?”

On the topic of what Jenner’s transgender identity means in the race for California governor, Jenner replied that being transgender is something “people struggle with big time, our suicide rate is nine times higher than the general public” and that “for me to be a role model for them… to be out there, I am running for governor of the state of California, who would ever thunk that, we’ve never even had a woman governor.”

When Hannity noted “some are mad at you,” Jenner responded “That’s that, I don’t care, I move on.”

On the hot-button issue of transgender athletes, Jenner recently told TMZ “I oppose biological boys who are trans competing in girls’ sports in school. It just isn’t fair. And we have to protect girls’ sports in our schools.”

“I don’t know why they keep asking me that question,” Jenner told Hannity of the transgender athlete issue. “There’s more problems here in the state of California than that.”