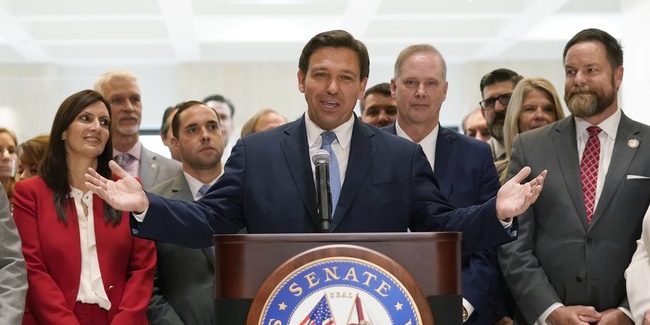 “I have what we think is the strongest election integrity measures in the country. We’re making sure we’re enforcing voter ID…We’re also banning ballot harvesting. We’re not gonna let political operatives go and get satchels of votes to dump them in some drop box,” DeSantis said while signing the bill live on Fox and Friends. “We’re also prohibiting mass mailing of balloting. We’ve had absentee voting in Florida for a long time. You request the ballot. You get it. And you mail it in. But to just indiscriminately send them out is not a recipe for success.”