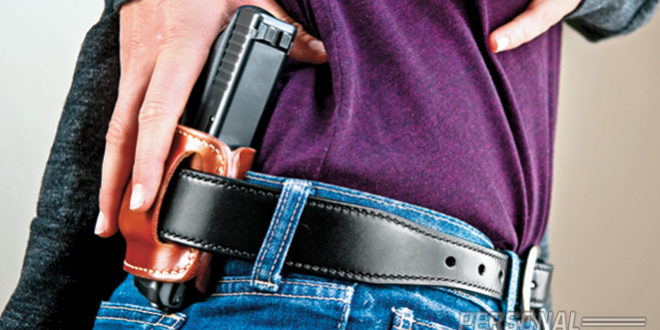 Concealed handgun license holders in Texas can carry their weapons into public university buildings, classrooms and dorms starting Monday, a day that also marks 50 years after the mass shooting at the University of Texas’ landmark clock tower.

The campus-carry law pushed by Gov. Greg Abbott and the Republican legislative majority makes Texas one of a handful of states guaranteeing the right to carry concealed handguns on campus.

Texas has allowed concealed handguns in public for 20 years. Gun rights advocates consider it an important protection, given the constitutional right to bear arms, as well as a key self-defense measure in cases of campus violence, such as the 1966 UT shootings and the 2007 shootings at Virginia Tech.

Opponents of the law fear it will chill free speech on campus and lead to more campus suicide. The former dean of the University of Texas School of Architecture left for a position at the University of Pennsylvania because of his opposition to allowing guns on campus.

Officials told the Austin American-Statesman it was a coincidence that the law took effect 50 years to the day after the UT shooting. Marine-trained sniper Charles Whitman climbed to the observation deck of the 27-story clock tower in the heart of UT’s flagship Austin campus, armed with rifles, pistols and a sawed-off shotgun on Aug. 1, 1966, killing 13 people and wounding more than 30 others before officers gunned him down.

Whitman had killed his wife and mother before he headed to the tower, investigators said. One victim died in the hospital a week later and medical examiners eventually attributed a 17th death to Whitman in 2001 — a man who had been shot and wounded in his one functioning kidney and elected to stop dialysis treatment.

Texas has more than 1 million concealed handgun license holders. People who wish to get a license must be at least 21 (18 if in the military) and pass both classroom and gun range training courses. There are also restrictions on convicted felons, people charged with felonies and high-level misdemeanors or people with a history of mental illness.

The open carry law in Texas specifically does not apply to college campuses. Any handguns on campus must be holstered and kept out of sight.

Generally, the new Texas law allows guns in buildings, classrooms and dorms, but rules may differ from campus to campus, as each school is required to map that out.

For example, at the University of Texas at Austin, teachers will be allowed to declare their offices as gun-free zones, but most will post signs announcing it. Dorm residents can have guns in common areas, such as dining areas and lounges, but not sleeping rooms, where no storage of weapons is allowed. Exceptions to the room restrictions will be made for visiting family members who are licensed to carry handguns.

At Texas A&M University in College Station, guns are allowed in dorm rooms and teachers must get permission from the administration to ban guns from their office. State law still bans weapons from some campus areas, such as hospitals and sporting events.

Private schools like Baylor, Rice, Texas Christian and others can ban guns under the state law. Currently, Amberton University, which doesn’t allow students under 21 and has a total enrollment under 2,000, is the only private school that has opted to allow guns.

As for community colleges, they have until August 2017 to allow weapons, giving them more time to adjust for security and other measures.