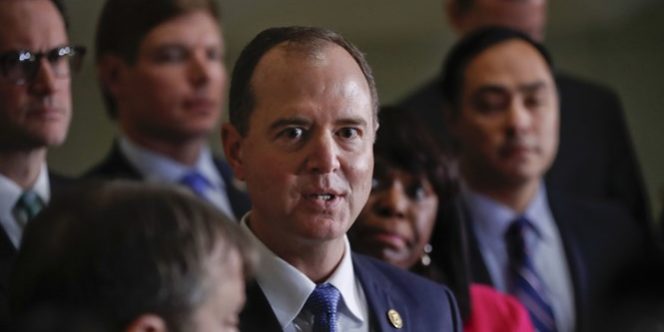 House Intelligence Committee Chairman Devin Nunes (R-CA) allegedly gave the White House a “secretly altered” version of the GOP-crafted memo about government surveillance abuses, Rep. Adam Schiff (D-CA) claimed late Wednesday. In a letter to Nunes, the ranking Democrat on the committee accused him of making significant changes to the memo, which he said were not approved by the committee. “Discovered late tonight that Chairman Nunes made material changes to the memo he sent to White House – changes not approved by the Committee. White House therefore reviewing a document the Committee has not approved for release,” Schiff tweeted.

The Democrat’s letter could delay the memo’s release, which is expected to come out Thursday.

“This evening the Committee Minority discovered that the classified memorandum shared by the Committee Majority with the White House is not, in fact, the same document that Members of the House of Representatives have been reviewing since January 18, 2018 and that the Committee Majority voted on Monday to release to the public, over objections from the Department of Justice and the Federal Bureau of Investigation,” Schiff’s letter states.

After being presented with the opportunity by Republicans to review the version that was sent to the White House with the one shown to committee members, Schiff said Democrats concluded “it is clear… material changes to the version it sent to the White House, which Committee Members were never apprised of, never had the opportunity to review and never approved.”

Nunes’ spokesman Jack Langer denied the charges in a statement, saying the letter was another “strange attempt to thwart publication of the memo.”

“In its increasingly strange attempt to thwart publication of the memo, the Committee Minority is now complaining about minor edits to the memo, including grammatical fixes and two edits requested by the FBI and by the Minority themselves,” Langer said. “The vote to release the memo was absolutely procedurally sound, and in accordance with House and Committee rules. To suggest otherwise is a bizarre distraction from the abuses detailed in the memo, which the public will hopefully soon be able to read for themselves.” The letter comes one day after the FBI said it had “grave concerns” about he memo and its release.  “With regard to the House Intelligence Committee’s memorandum, the FBI was provided a limited opportunity to review this memo the day before the committee voted to release it,” the bureau said. “As expressed during our initial review, we have grave concerns about material omissions of fact that fundamentally impact the memo’s accuracy.”