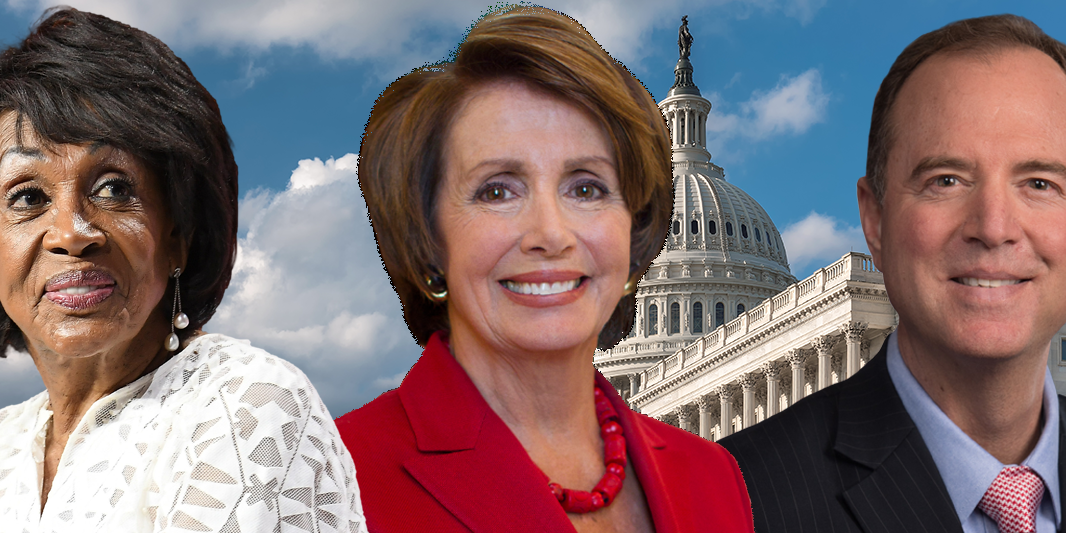 The incoming Democratic majority in the House of Representatives has the power to open a slew of investigations into the White House and President Trump when the new Congress is seated in January, and early indications are that Democrats plan to aggressively take advantage of their new authority.

Bogging down the Trump administration with burdensome document requests and subpoenas could backfire, political analysts tell Fox News, but there is little doubt that the strategy — made more viable by heightened partisanship and loosened congressional norms — would impair Republicans’ messaging and even policy goals for the next two years. House Minority Leader Nancy Pelosi, who aims to reclaim the position of House speaker when her colleagues vote on leadership roles in the coming weeks, recently seemed to threaten to use congressional subpoenas as a cudgel against the White House. “Subpoena power is interesting, to use it or not to use it,” Pelosi said at a conference in October, referring to the authority of House committees to summon individuals and organizations to testify or provide documents under penalty of perjury. “It is a great arrow to have in your quiver in terms of negotiating on other subjects.” She added that she would use the power “strategically.” (Trump has flatly called Pelosi’s plan “illegal.”)

On Tuesday night, as it became clear Democrats would retake the House, Pelosi appeared to double down on that rhetoric, declaring that the midterms were about “restoring the Constitution’s checks and balances to the Trump administration.”

“In sharp contrast to the GOP Congress, a Democratic Congress will be led with transparency and openness, so the public can see what’s happening and how it affects them. … We will have accountability,” Pelosi said.

Pelosi has said that unearthing Trump’s personal tax returns would be “one of the first things we’d do” in an interview with The San Francisco Chronicle, calling it the “easiest thing in the world” to obtain them using statutory authority granted to congressional committees under the Internal Revenue Service code. Democrats made several efforts to obtain Trump’s returns while in the minority, only to be rejected by House Republicans.

Trump would likely seek to stall those requests with legal challenges, and it remains unclear whether Democrats could publicly release his tax returns even if they obtained them for investigative purposes.

Before a rally in Indiana on Monday, Trump appeared unconcerned about the matter. “I don’t care,” he said. “They can do whatever they want, and I can do whatever I want.” Rep. Jerry Nadler, the Democrat who was projected to win New York’s 10th congressional district, warned Trump in a tweet his administration would be “held accountable.”

“Tonight, the American people have demanded accountability from their government and sent a clear message of what they want from Congress,” he wrote. Trump “may not like it, but he and his administration will be held accountable to our laws and to the American people.” House committees can effectively hold in statutory contempt anyone who refuses to fully comply with a subpoena relevant to the committee’s legislative purpose and pertinent to its investigation. While criminal penalties, including fines and even imprisonment, are then possible with a judge’s approval, separation-of-powers issues emerge when the House tries to penalize a member of the Executive branch.

But even fruitless investigations can beleaguer and derail administrations, and historical evidence suggests they are becoming a popular partisan tool in the lower chamber for that reason. Research conducted by Cornell University political science professor Douglas Kriner, who co-wrote the 2016 book “Investigating the President: Congressional Checks on Presidential Power,” underscores how important control of the House, as opposed to the generally less partisan and slower-moving Senate, is to these congressional probes.

Kriner added that modern congressional probes seem geared towards “maximiz[ing] the political damage on the White House,” rather than producing more substantive results. “Investigations are less likely to trigger new legislation than in previous, less polarized eras,” Kriner told Fox News. President Trump has repeatedly derided the ongoing investigation by Special Counsel Robert Mueller into possible illegal Russian collusion and obstruction of justice as a “partisan witch hunt,” saying it’s fueled by Democrats upset that he won the 2016 election. But it’s not clear how effective those attacks have been: An August poll showed that 59 percent of registered voters approve of Mueller’s investigation.

The House Intelligence Committee’s top Democrat, Adam Schiff, already has warned his party would relaunch the Russia probe in the House with Democrats in charge. “We will be able to get answers the Republicans were unwilling to pursue,” he recently told CNN.

Democrats have an array of potential avenues of investigation to pursue aside from Russia. In September, a federal judge ruled that Democrats have standing to sue Trump over potential violations of the Constitution’s Emoluments Clause, which ostensibly precludes the president from accepting certain foreign favors. While the legal argument that Trump is violating this clause by maintaining lucrative and profitable overseas investments is far from settled, Democrats’ pursuit of this line of argument offers some clues into what their investigations might focus on. University of North Carolina Law Professor Michael Gerhardt, a constitutional expert who testified during impeachment proceedings of former President Bill Clinton, told Fox News in an interview that Democrats might focus on Trump’s financial ties to Saudi Arabia.

The killing of dissident Jamal Khashoggi in the Saudi Consulate in Turkey last month led to heightened scrutiny of the past connections between Trump’s business empire and the Islamic country. The president initially condemned what he characterized as a rush to judgment against the Saudi government, before saying that its agents had apparently engaged in the “worst cover-up ever.” Trump has tweeted that he has “no financial interests in Saudi Arabia,” and there is no evidence that he currently does. However, he has repeatedly touted his real estate deals with the country, saying at a 2015 rally that “they buy apartments from me” and “spend $40 million, $50 million. Am I supposed to dislike them? I like them very much.

In August, Axios published a spreadsheet circulating among Republican circles on Capitol Hill documenting possible areas of focus for Democratic investigations. They include the White House’s revocation of top former officials’ security clearances, Trump’s unreleased tax returns, and the administration’s proposed travel ban and a prohibition on transgender individuals in the military. Other topics on the list, which Axios said originated in the office of a senior Republican lawmaker, are Trump’s personal iPhone use and his personal payment to porn star Stormy Daniels — a move that implicated, but did not appear to definitively violate campaign finance law. Frequent Trump critic Rep. Ted Lieu, D-Calif., said in an interview last week that Democrats intend to “exercise oversight over the executive branch the way the Framers intended.”

He went on to mirror Pelosi’s threat: “We would be able to get Donald Trump’s tax returns to see if he’s being influenced by foreign entities. … We can call in the secretary of Homeland Security [to] ask her why she still has hundreds of children she has not reunited that she ripped away from parents at the border. There are a lot of things that we can do with our oversight responsibility.” House Oversight and Government Reform Committee ranking member Elijah Cummings, D-Md., who is poised to become the committee’s chairman, offered another possible angle in an interview with The Hill. “I want to look at what President Trump has done, aided and abetted by the Republicans in Congress, to tear down the foundations of our democracy,” he said. Republicans who control the Oversight committee have rejected more than 50 Democratic requests for subpoenas of Trump administration documents, covering everything from the White House’s decision not to defend key provisions of ObamaCare in court, to perks used by Cabinet members.

“Impeachments tend to be driven by particular events that are instances of grave misconduct — not liking someone or being an opponent is not likely to be enough to get the whole process started,” Gerhardt told Fox News.

Such an escalation, analysts warn, would potentially pose a risk to Democrats. “I don’t think there is something as well developed as a tradition not to seek an impeachment when it appears conviction is unlikely or unthinkable,” Gerhardt added. “Nonetheless, I think there is always awareness of the possible risks of seeking an impeachment when conviction is impossible.”

Handling many of these congressional inquiries will be the new White House Counsel, veteran high-powered Washington lawyer Pat Cipollone, who will oversee an office that dwindled from a staff of approximately 50 to fewer than 30 in recent weeks. That headcount is expected to expand significantly in the wake of Democrats’ House takeover. “He’s very talented and he’s a very good man,” Trump said last month, referring to Cipollone. In a campaign email in the days leading up to Tuesday’s vote, the president made an impassioned effort to cut down on Cipollone’s workload, saying Democrats are interested only in “vicious obstruction and mindless resistance.”

“We can only imagine what they’d do with legitimate power in our government,” Trump said. “We can’t hand Democrats the keys to Congress. We can’t go back.”