Fauci Was Told Early on That Wuhan Coronavirus Looked ‘Engineered’ 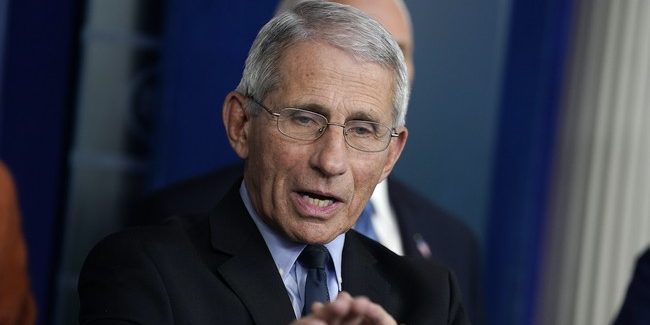 New emails obtained by Buzzfeed through a Freedom of Information Act show National Institute of Health Director Dr. Anthony Fauci was told by NIH scientist Kristian Andersen on January 31, 2020 that Wuhan coronavirus looked “potentially engineered.” In other words, it was manipulated in a lab through gain of function research.

“On a phylogenetic tree the virus looks totally normal and the close clustering with bats suggest that bats serve as the reservoir. The unusual features of the virus make up a really small part of the genome (<0.1%) so one has to look really closely at all the sequences to see that some of the features (potentially) look engineered,” Andersen said.  And yet, that’s not what he said publicly as he rejected the possibility of a lab leak in interviews, during testimony to Congress and during official White House Task Force briefings. On April 18, 2020, three months after being told the virus looked engineered, Fauci told reporters at the White House, unequivocally, it didn’t come from a lab. Most of the media then reported his remarks as “debunking” a conspiracy theory.

“Mr. President, I wanted to ask Dr. Fauci: Could you address these suggestions or concerns that this virus was somehow manmade, possibly came out of a laboratory in China?” Fauci was asked by a reporter.

“There was a study recently that we can make available to you, where a group of highly qualified evolutionary virologists looked at the sequences there and the sequences in bats as they evolve. And the mutations that it took to get to the point where it is now is totally consistent with a jump of a species from an animal to a human,” Fauci said.

Fauci also repeatedly denied funding gain-of-function research at the Wuhan Institute of Virology, but discussed the dangerous experiments in emails from February 2020. He was asked about the experiments during a recent exchange with Republican Senator Rand Paul.