No, Texas’ Voting Law Isn’t an ‘Assault on Democracy’ 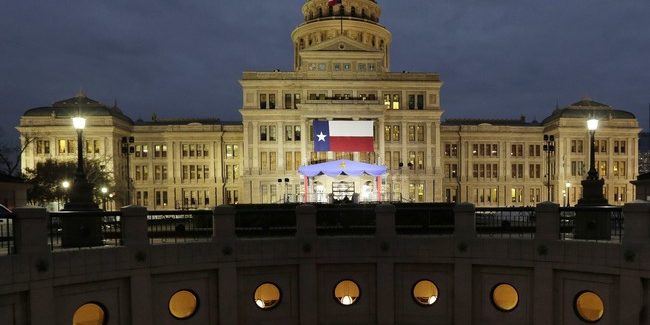 As Texas legislators considered a new voting law that would make fraud more difficult, Democrats engaged in their typical fear-mongering attempts to stop the Republican majorities in the Texas House and Senate from approving the proposal. After a flurry of legislative maneuvering over the weekend, Democrats staged a walkout late Sunday night that, for now at least, stopped Republican attempts to pass a new election law.

Over the weekend as legislators were debating the measure, Vice President Kamala Harris slammed the proposal as “attacking the right to vote” and “yet another assault on our democracy,” repeating a line of attack often used by Democrats against Georgia’s voting law.

Vanity Fair cover model Robert Francis O’Rourke thanked the Biden administration for its efforts opposing the bill with misinformation about the voting legislation under consideration in Texas, spinning additional yarns about the voting bill.

Meanwhile, the Democrats’ willful co-conspirators in the media are more than happy to deliver breathless coverage of what they assert are “voting restrictions” created by a law that is actually less restrictive than many other Democrat-run states.

When leftists accuse Republicans of stripping early voting by rolling back drive-through and outdoor voting, they maliciously leave out the context that these voting methods were allowed only in response to the Wuhan coronavirus and did not exist before 2020.

When Democrats allege that the Texas legislature is seeking to cut down on early voting in some sort of racist scheme to limit minority votes, they ignore the fact that Texas voters have more days to vote—two weeks—than liberal states including New York and New Jersey which only allow nine days of early voting.

What’s more, voters in Texas have more hours in which to vote during those days than states including New Mexico and Maryland. Yet you don’t hear the same Democrats condemning New York or New Mexico for having election laws akin to Jim Crow.

What the election measures being pursued would do is protect the integrity of elections in Texas but employing commonsense, proven-effective methods to ensure each eligible voter has confidence that their vote counts fairly.

More than eight-in-ten Texas voters back requiring photo ID to vote, showing support for election safeguards. Bringing the same security through identity verification to absentee voting just makes sense. Further helping Texas voters have more confidence in their votes, a new online system will allow individual voters to track their absentee ballot applications and know when their vote is counted.

The truth about Texas Republicans’ proposal is far from the nefarious regime Democrats and their allies say. And while Democrats have halted the bill’s progress this weekend, the effort is not dead. Governor Greg Abbott tweeted late Sunday night that the election integrity bill “STILL must pass” as part of a special legislative session that may begin as soon as Tuesday.