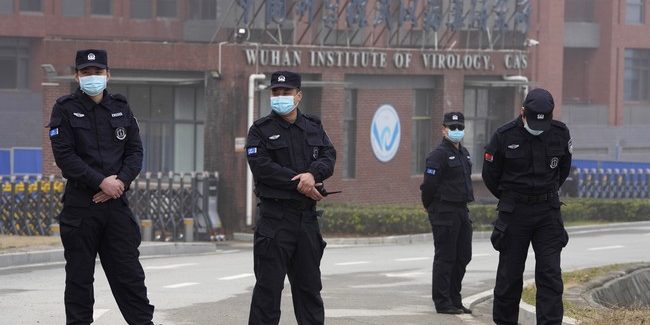 On Wednesday afternoon, Deputy Press Secretary  Karine Jean-Pierre became the second Black woman to hold a daily press briefing. The first was Judy Smith, in 1991, who was also the deputy press secretary, under former President George H.W. Bush. Understandably, there were many questions about investigating the Wuhan Institute of Virology with regards as to if the virus originated there. Unfortunately, the administration continues to give us reason to not only doubt we’ll find out the truth, but that we’ll hold China accountable.

Q    As for the opening statement, we received a statement on the origins of COVID-19 from the President where he said, among other things, that this report may include specific questions for China. Given China’s lack of transparency as it relates to the WHO Joint Study, why does President Biden think that China would answer the questions that the U.S. wants as it relates to the origin of COVID-19?

MS. JEAN-PIERRE:  Look, the COVID-19 pandemic has taken, I think, 1.3 million lives globally; 600,000 American lives, about.  And it’s imperative that we get to the bottom of just where the pandemic originated — not just for the purposes of understanding this pandemic, but the pandemics to come, as I’ve already, kind of, alluded to.

Q    So I understand why we want it to get done, but why do we think that China would cooperate?

MS. JEAN-PIERRE:  — but this is a question for them, as well.

Q    Has the President specifically asked or made this ask of President Xi of China for their cooperation in this effort?

MS. JEAN-PIERRE:  I’m not — I’m not going to go into details of private conversation that the President may have — may have had with President Xi.  All I can say today is that we’re going to do this 90-day review, and this is what the President asked for, and we’ll see where it takes us.

Q    If not the President, has the White House made this ask of the Chinese government more broadly?

MS. JEAN-PIERRE:  Again, I don’t have anything — anything to preview for you on that or to read out.

If this administration trusts the WHO, somebody, somewhere must have a bridge to sell to whoever is making the calls.

Rep. Mike Gallagher (R-WI), who spoke with Townhall earlier this month about his quest to get to the truth on the origin of the virus, expressed concerns that the “WHO investigation [had been] corrupted by the Chinese Communist Party.”

What really doesn’t help the trustworthiness of this investigation is that as CNN just revealed, a former investigation, led by Mike Pompeo, the secretary of state under the Trump administration, was canceled.

Katie reported earlier today that the Biden administration has opened up a new investigation.

Leah had also covered that canceled investigation, highlighting a similar exchange from Tuesday’s press briefing, where White House Press Secretary Jen Psaki similarly promoted the WHO, even saying it was “something we have strongly supported” when it came to the WHO leading that so-called a “transparent, independent” investigation.”

As Kylie Atwood wrote, in that piece for CNN, which has gone through updates:

President Joe Biden‘s team shut down a closely-held State Department effort launched late in the Trump administration to prove the coronavirus originated in a Chinese lab over concerns about the quality of its work, according to three sources familiar with the decision.

The existence of the State Department inquiry and its termination this spring by the Biden administration — neither of which has been previously reported — comes to light amid renewed interest in whether the virus could have leaked out of a Wuhan lab with links to the Chinese military. The Biden administration is also facing scrutiny of its own efforts to determine if the Chinese government was responsible for the virus.

Those involved in the previously undisclosed inquiry, which was launched last fall by allies of then-Secretary of State Mike Pompeo, say it was an honest effort to probe what many initially dismissed: that China’s biological weapons program could have had a greater role in the pandemic’s origin in Wuhan, according to two additional sources.

But the inquiry quickly became mired in internal discord amid concerns that it was part of a broader politicized effort by the Trump administration to blame China and cherry-pick facts to prove a theory.

The decision to terminate the inquiry, which was run primarily out of the State Department’s arms control and verification bureau, was made after Biden officials were briefed on the team’s draft findings in February and March of this year, a State Department spokesperson said. Questions were raised about the legitimacy of the findings and the project was deemed to be an ineffective use of resources, explained a source familiar with the decision.

Sources involved in the Trump-era inquiry rejected criticisms over the quality of their work and told CNN their objective had been to examine scientific research and information from the US intelligence community which backed the lab leak theory and shone more light on how it could have emerged in the lab.

So yeah, the idea that Orange Man Bad–and anyone in his administration by association–may be the main reason why we won’t find out the truth. Which administration is the one making this political, then?

What makes it even shadier is that what CNN’s sources are saying doesn’t exactly what up with the State Department claims:

A day after CNN reported this story, the State Department disputed that it had shut down the Trump-era inquiry and instead said that its work had been completed. Several sources involved with the inquiry who spoke to CNN said it was their impression that there was more work to be done.

On Wednesday, Biden issued a statement that he has directed the US intelligence community to redouble its efforts in investigating the origins of the Covid-19 pandemic and report back to him in 90 days.

Of course, we may be unlikely to find out the truth merely because of how long and how hard China has been laughing at us, even with all the clout President Joe Biden purports to have with Xi Jinping.

I for one will keep believing the likely theory that the Wuhan virus came from the Wuhan lab.