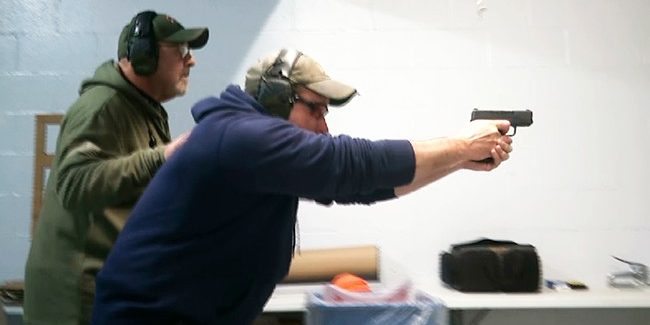 Constitutional carry is on the move again in Texas. There were concerns about passage in the Texas Senate. That proved to be not an issue, but reconciling the bill’s language between the State House and Senate was the crossroads where this law could have landed in the legislative ditch. The bill is one that sends chills down the spines of the liberal media and the anti-gun Left.

Well, fear no more, folks. There was a midnight deal struck on Sunday where the House approved the measure. It now makes its way back to the Senate, which is expected to pass it as well. It’s happening (via Texas Tribune):

A bill to allow the permitless carrying of handguns in Texas is on the brink of reaching Gov. Greg Abbott’s desk after the state House and Senate reached a compromise on the bill.

The author of the legislation, Rep. Matt Schaefer, R-Tyler, announced the deal in a statement Friday afternoon, and the Senate sponsor, Sen. Charles Schwertner, R-Georgetown, issued a subsequent statement also acknowledging an agreement. Just before midnight on Sunday, the House approved the deal in an 82-62 vote. The Senate is expected to approve the new version soon.

“By working together, the House and Senate will send Gov. Abbott the strongest Second Amendment legislation in Texas history, and protect the right of law-abiding Texans to carry a handgun as they exercise their God-given right to self-defense and the defense of their families,” Schaefer said.

Abbott has said he would sign into law a “constitutional carry” proposal. Schaefer’s House Bill 1927 would eliminate the requirement for Texas residents to obtain a license to carry handguns if they’re not barred by state or federal law from possessing a gun.

The text of the compromise was released Sunday. It keeps intact a number of changes that the Senate made to the House bill to assuage concerns from the law enforcement community, including striking a provision that would have barred cops from questioning someone based only on their possession of a handgun. The compromise version also preserves a Senate amendment beefing up the criminal penalty for a felon caught carrying to a second-degree felony with a minimum of five years in prison. Other Senate changes that survived was a requirement that the Texas Department of Public Safety offer a free online course on gun safety.

Gov. Greg Abbott said he’ll sign the bill into law. Whatever comes to his desk on constitutional carry, he’ll sign. It’s now just a matter of time. The Lone Star State will be the 21st to adopt this form of carry law. Iowa also recently joined this club, with its law going into effect in July.