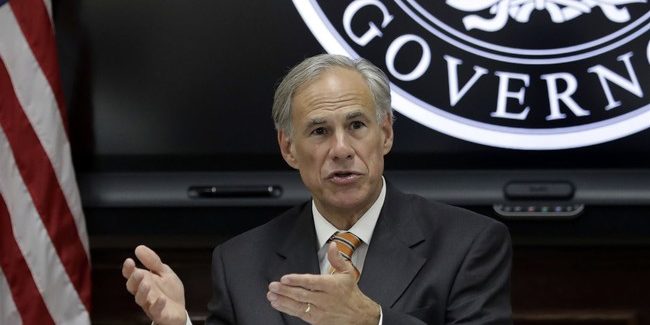 MCALLEN, Texas — Gov. Greg Abbott (R) issued a disaster declaration on Tuesday for several Texas counties that have been hardest hit by the ongoing surge in illegal immigration.

Counties included in the declaration are Val Verde, Brooks, Starr, Hidalgo, El Paso, Zapata, and Cameron. Many of the counties in the declaration are located in the Rio Grande Valley where miles of border wall systems remain incomplete after President Joe Biden halted construction. The declaration authorizes “the use of all necessary and available state and local resources to protect landowners in these counties from trespassers and the damage they cause to private property.”

Abbott has also directed the Texas Department of Public Safety to enforce all federal and state criminal laws, including criminal trespassing, smuggling, and human trafficking. Operation Lone Star, which started in March with the deployment of state troopers and National Guardsmen, has resulted in over 1,300 criminal arrests, 35,000 illegal immigrants apprehended, and the seizure of over 10,000 pounds of illegal drugs.

Abbott has also instructed the Texas Health and Human Services Commission to discontinue state licensure of “any child care facility under a contract with the federal government that shelters or detains unlawful immigrants.”

“President Biden’s open-border policies have paved the way for dangerous gangs and cartels, human traffickers, and deadly drugs like fentanyl to pour into our communities,” Abbott said in a statement.

“Meanwhile, landowners along the border are seeing their property damaged and vandalized on a daily basis while the Biden Administration does nothing to protect them. Texas continues to step up to confront the border crisis in the federal government’s absence, but more must be done,” he continued. “By declaring a state of disaster in these counties, Texas will have more resources and strategies at our disposal to protect landowners and enforce all federal and state laws to combat criminal activities stemming from the border crisis. Working together with local law enforcement, the state will continue to take robust and meaningful action to keep our communities safe.”