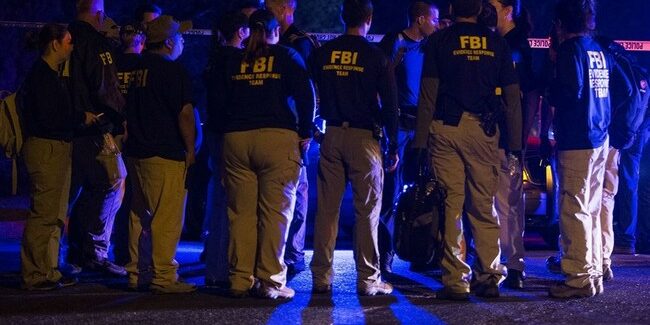 The Federal Bureau of Investigation has accrued a good faith and credit balance with the American people for generations. They’re our preeminent domestic law enforcement and intelligence agency. Decades of marked professionalism regarding investigating and apprehending some of the worst criminals and a near dogmatic adherence to being an apolitical agency. That all ended in 2016. The balance in their credibility account with the public went into the negative, and there’s no coming back given the top brass who occupy the top positions at the J. Edgar Hoover Building.

As we await the release of parts of the affidavit that provided probable cause for the FBI to raid Mar-a-Lago on August 8, the story is quickly evaporating regarding its significance. Right now, the only thing historical about it is that federal agents ransacked the home of a former president, part of a pattern of prolonged harassment and interference by the FBI based on political bias and animus. The mishandling of classified materials is a fake charge; no president can be charged with such a violation. Hillary Clinton can be charged concerning her unapproved and unauthorized email server from which she conducted all her official State Department business, transmitted classified materials, deleted 33,000 emails under subpoena, and smashed Blackberries. She was never president of the United States.

The Presidential Records Act is not a criminal statute. If something were damning, we would have heard about it by now. Instead, we’re getting shrug-worthy updates about how lawyers from the National Archives and Trump’s office engaged in a prolonged game of email tag regarding documents the agency felt were missing. This raid was a massive bombshell that even the media seem reticent about updating since it looks like nothing felonious occurred. It’s the same movie all over again. It’s also another time that the FBI interfered in an election. Granted, it’s two years away, but the sacking of Mar-a-Lago over some documents that were probably secured since all former presidents have staff to handle these items did nothing but make the FBI look like a political hit squad. Amid this drama, the underreported power of the presidency, being the office, is the ultimate authority concerning declassification. The FBI gave Trump the 2024 Republican nomination without a ballot cast potentially.

This raid follows the Russian collusion hoax in which the FBI spied on the Trump campaign and secured spy warrants on its officials. The NSA unmasked Trump campaign staff. The campaign against the Trump administration didn’t stop there. In 2020, the Hunter Biden laptop story dropped in October. The FBI not only threatened the repairman, who first came into possession of the device in April of 2019 when the crack-addicted screwball son of Biden dropped off the laptop and then forgot to pick it up, but requested Facebook censor the story on its platform. Who said this? Only Mark Zuckerberg on Joe Rogan’s podcast. They tweaked the algorithm at the request of the bureau (via Fox News):

Meta CEO Mark Zuckerberg revealed that the FBI approached Facebook warning the platform about “Russian propaganda” ahead of the bombshell Hunter Biden laptop story leading up to the 2020 presidential election.

Appearing on Thursday’s installment of “The Joe Rogan Experience,” Zuckerberg was asked about Facebook’s suppression of the New York Post’s reporting that shed light on the shady foreign business dealings of the son of then-candidate Joe Biden.

Zuckerberg began by stressing how Facebook took a “different path” than Twitter, which completely censored the Post’s reporting while Facebook limited its reach on the platform.

“Basically, the background here is the FBI, I think, basically came to us- some folks on our team and was like, ‘Hey, just so you know, like, you should be on high alert…  We thought that there was a lot of Russian propaganda in the 2016 election. We have it on notice that, basically, there’s about to be some kind of dump … that’s similar to that. So just be vigilant,'” Zuckerberg told host Joe Rogan.

When asked if there was any “regret” about suppressing a story that turned out be factual, Zuckerberg replied, “Yeah, yeah. I mean, it sucks.”

However, he went on to defend Facebook’s practices, telling Rogan its process was “pretty reasonable” since his platform still allowed the New York Post articles to be distributed rather than the complete blackout that Twitter enforced.

So, that’s three elections in a row that the FBI has interfered—all operations executed to benefit or protect Democrats. There are also rumblings that some officials at the FBI ordered agents to avoid investigating the Hunter Biden laptop story. In contrast, others ran interference on any report or allegation that painted Hunter Biden in a negative light. The FBI is part of the Department of Justice under the executive branch, so you do the math concerning who’s giving such orders. Potential criminal activity that arose from the hard drive was dismissed outright as Russian disinformation by the FBI and the rest of the intelligence community. We knew the laptop was authentic. It would take months for the FBI and the rest of the political class to catch up, but they probably knew it when we all did; they just did their job as good soldiers to shield Joe Biden from the bad press that could have cost him the election.