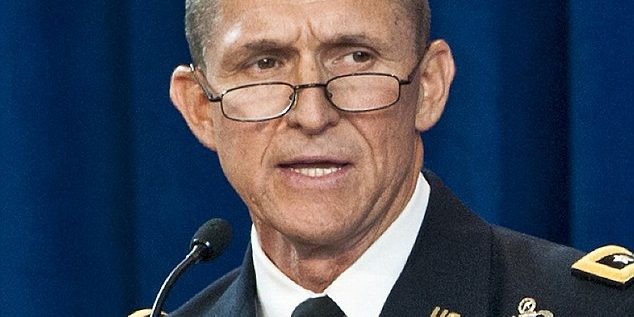 The fallout from the resignation of National Security Adviser Michael Flynn is not over. We have Russia, leaks, and palace intrigue about former Obama administration officials laying the foundation to topple Flynn, who was knows for being staunchly opposed to the Iran nuclear deal. Guy wrote a post about the allegations. Flynn misled the vice president, which alone is an act that warrants being shown the door. Yet, multiple writers, namely Damon Linker at The Week and Eli Lake at Bloomberg have noted another sinister angle to this story, which is the number of leaks of highly sensitive information coming from this administration. It appears as if the intelligence community is willingly leaking intercepted phone calls with Trump officials (Flynn) to hamstring the administration from governing. Linker is no fan of Flynn, but added that dissatisfaction with an administration is handled through things called elections. It is not the job of the America’s spies to sabotage the governance of whatever administration may be in power. Lake added that this could be just the beginning—and that more heads could roll (Conway, Bannon, maybe even the president himself). Former CIA analyst and U.S. Army Reserve Lt. Col Tony Schaffer was pretty straightforward in his Fox Business appearance today, where he said that Obama officials were definitely behind the leaks—and even named a few of them…..

Schaffer added that Flynn was a smart guy and probably didn’t discuss the area about Russian sanctions in the manner that’s been portrayed by the Left because he knew those calls would be analyzed and reviewed somewhere down the road. He agreed that what Flynn said was probably no different than when President Obama said told then-Russian President Dmitry Medvedev would have more flexibility once the 2012 election was over, which was an example cited by Bolton.

Schaffer noted that what Flynn said—when he called these various foreign officials—probably went along the lines of you’re going to deal with me, these are the issues on the table, and we might revisit them in the future. I agree that’s not necessarily illegal, but misleading the vice president by offering incomplete accounts of the conversations is an offense that could lead to one’s dismissal.

This isn’t over. Democrats are clamoring for answers.