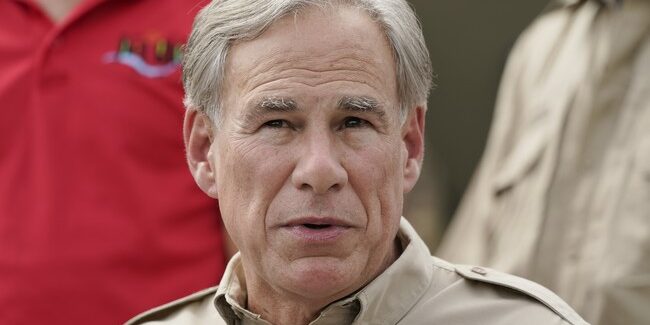 Abbott sent the letter after both mayors called for federal support to help their respective cities to deal with the influx of migrants, who have been processed and released by Border Patrol after illegally crossing the border, arriving to the East Coast by bus from Texas and Arizona. The increased arrivals have strained those cities’ resources in similar fashion border towns have been overwhelmed:

“As law enforcement agents along the Texas-Mexico border respond to thousands of illegal crossings each and every day, putting their lives on the line for Texans and for all Americans, the crisis demands the attention of not only the Biden Administration, which is responsible for securing the border, but of leaders across the country.”

“Your recent interest in this historic and preventable crisis is a welcome development—especially as the President and his Administration have shown no remorse for their actions nor desire to address the situation themselves. As Governor, I invite you to visit our border region to see firsthand the dire situation that only grows more urgent with each passing day, and to meet with the local officials, who like yourselves, realize this matter deserves immediate federal action. I also ask you to join me in requesting President Biden secure the border and put an end to this disastrous crisis.”

“I look forward to welcoming you the Texas-Mexico border so that you can see this crisis for yourself. Please contact my office to make travel arrangements for your visits,” Abbott concluded.

Mayor Bowser said she wants the D.C. National Guard to help with the daily arrivals from Texas and Arizona.