Another Trump-Backed Candidate Emerges Victorious From Tuesday’s Primary, This Time in Arizona 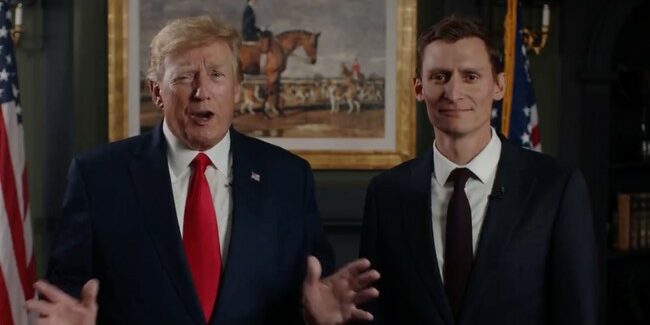 In the early morning hours of Wednesday, Decision Desk HQ called the Republican U.S. Senate primary in Arizona for Blake Masters, who was endorsed by former President Donald Trump in June.

While the race has not yet been called when it comes to the Republican gubernatorial primary, Kari Lake, another Trump-endorsed candidate in the state, is not performing as well as expected. She may likely lose her primary to Karrin Robson, who was endorsed by former Vice President Mike Pence and Gov. Doug Ducey (R-AZ).

Another Trump-backed candidate in Michigan, John Gibbs, was also declared the winner of Tuesday night’s primary early on Wednesday morning. He defeated Rep. Peter Meijer (R-MI) in the Republican primary to represent Michigan’s 3rd Congressional District, and will face Hillary Scholten, the Democratic nominee, in November. Meijer had voted to impeach Trump, and lost his primary as a result, as Rep. Tom Rice (R-SC) did in June.  The U.S. Senate seat in Arizona is considered a “Toss-Up,” with Sen. Mark Kelly (D-AZ) being considered a particularly vulnerable incumbent, as I highlighted in an analysis from Tuesday night.