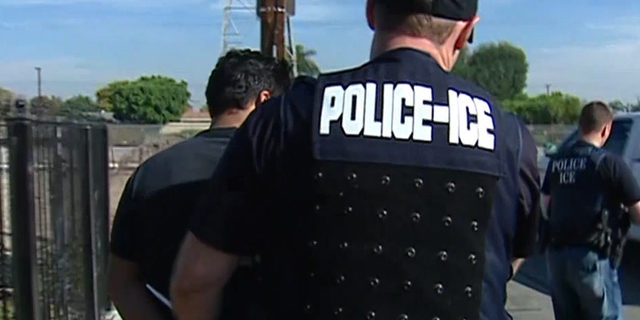 New Jersey is following California’s lead by adopting new sanctuary state-like rules regarding how its local law enforcement agencies will cooperate with Immigration and Customs Enforcement. It’s part of blue state America’s ongoing war on the Trump administration, flipping them off whenever they can, especially when it comes to immigration (via NJ 101.5):

More than a year after New Jersey voters elected a governor who campaigned on a platform of protecting the state’s immigrant residents, including those in the country illegally, the state’s top prosecutor released a list of rules governing cooperation by state and local police with federal immigration authorities.

The new rules prevent cops from quizzing people about their immigration status unless relevant to an investigation and limits cooperation by jails with Immigration and Customs Enforcement.

“We are issuing new rules that draw a bright line between federal civil immigration authorities on the one hand and state and local law enforcement officers on the other,” Attorney General Gurbir Grewal said. “And we’re telling our friends and our neighbors who have been living in fear: You can trust state law enforcement. You can trust state prosecutors here in New Jersey.”

ICE responded by saying that they would just increase immigration raids in New Jersey (via NBC Philadelphia):

A spokesman for the Newark office said in a statement Friday to NBC Philadelphia that New Jersey should expect increased arrests because of the new rules.

“The probability is that at large arrests and worksite enforcement operations, which already exist, will likely increase due to the fact that ICE ERO will no longer have the cooperation of the jails related to immigration enforcement,” ICE spokesman Emilio Dabul said in an email.

He added that since the agency’s “highest priority is public safety and enforcing immigration laws, we must pursue that to the best extent possible, which will likely involve more at large arrests and worksite enforcement operations.”

New Jersey has one of the highest undocumented immigrant populations in the nation, with an estimated 500,000 people living without legal citizenship as of 2014, according to the Pew Research Center.

This isn’t the only time that ICE and New Jersey have fought one another. This month an illegal alien in Middlesex was released after the jail refused to honor an ICE detainer. The illegal is now a murder suspect(via The Patch):

Middlesex County officials acknowledged that yes, they specifically chose not to hold Perez when ICE asked them to. But they also fired back that ICE had 51 days to come and collect him with an order from a federal judge, which they failed to obtain.

“Yet again, an ICE detainer was ignored and a dangerous criminal alien was released to the streets and is now charged with killing three people,” said ICE Acting Executive Associate Director Corey Price…