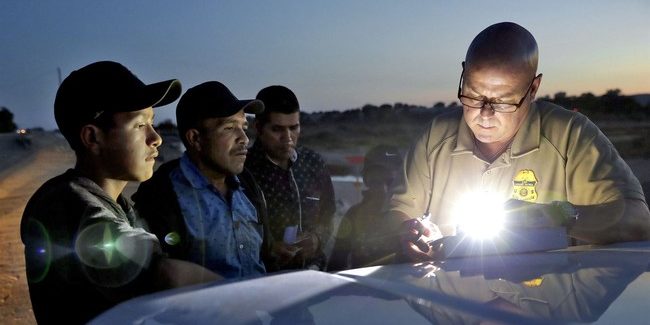 The grave situation at the United States-Mexico border continues to decline. Border Patrol officials are overwhelmed with the number of unaccompanied minors that are crossing the border, to the point where previous COVID restrictions are being tossed out the window. And now, Department of Homeland Security Secretary Alejandro Mayorkas asked staffers to “volunteer” alongside agents to quell the number of migrants.

“Today, I activated the Volunteer Force to support Customs and Border Protection (CBP) as they face a surge in migration along the Southwest Border,” Mayorkas told DHS staffers in an email Fox News reviewed.

“You have likely seen the news about the overwhelming numbers of migrants seeking access to this country along the Southwest Border,” he wrote. “President Biden and I are committed to ensuring our Nation has a safe, orderly, and humane immigration system while continuing to balance all of the other critical DHS missions.”

According to Mayorkas, 900 volunteers were instrumental in 2019 when the Central American caravans flocked to the United States.

“Please consider joining the Volunteer Force to again provide needed humanitarian support along the Southwest Border and relief for our CBP colleagues,” he said in the email.

Volunteers would be tasked with non-law enforcement duties, like managing the housing facilities, property upkeep, food preparation, supply and medication runs, and housekeeping.  The request for volunteers is a sign that the situation at the border continues to deteriorate as President Joe Biden and his administration roll back former President Donald Trump’s immigration policies. In a series of executive orders, Biden did away with policies that prevented illegal aliens from flocking to the United States-Mexico border. One of the big ones was halting all deportations for the first 100 days of the Biden administration, something Texas Gov. Greg Abbott (R) sued the feds over. The second was eliminating the Remain in Mexico policy, that required asylum seekers to wait in Mexico while their case makes its way through the courts.