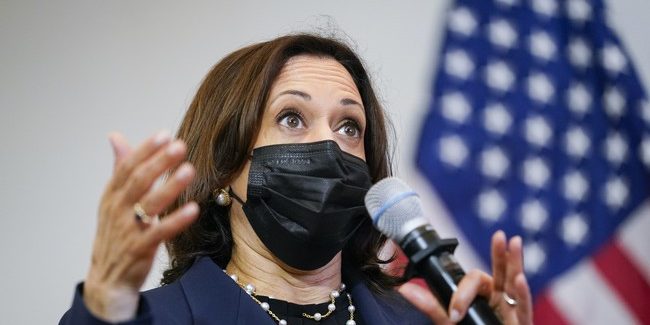 Vice President Kamala Harris spent the weekend at the Munich Security Conference with a diplomatic assignment from President Joe Biden to bolster western alliances and deter Russia from invading Ukraine.

During a back-and-forth with reporters about the tense situation, Harris reiterated Biden’s belief that President Vladimir Putin has decided to invade the country but then attempted to argue a looming sanctions package will deter him from doing so.

In addition, Harris was asked about the impact a war in Europe could have on everyday Americans. She answered by explaining Americans may have to simply deal with higher energy prices or other consequences. While she claimed the administration is attempting to mitigate the harm, she did not give specifics.

“Can you explain to Americans what exactly they will face” if Putin invades Ukraine?

HARRIS: “When America stands for her principles and all of the things we hold dear, um, it requires sometimes for us to put ourselves out there in a way that, maybe, we will incur some costs.” pic.twitter.com/L0YC095F3o

Meanwhile, Biden abruptly canceled a planned trip to Delaware for President’s Day and remains at the White House.