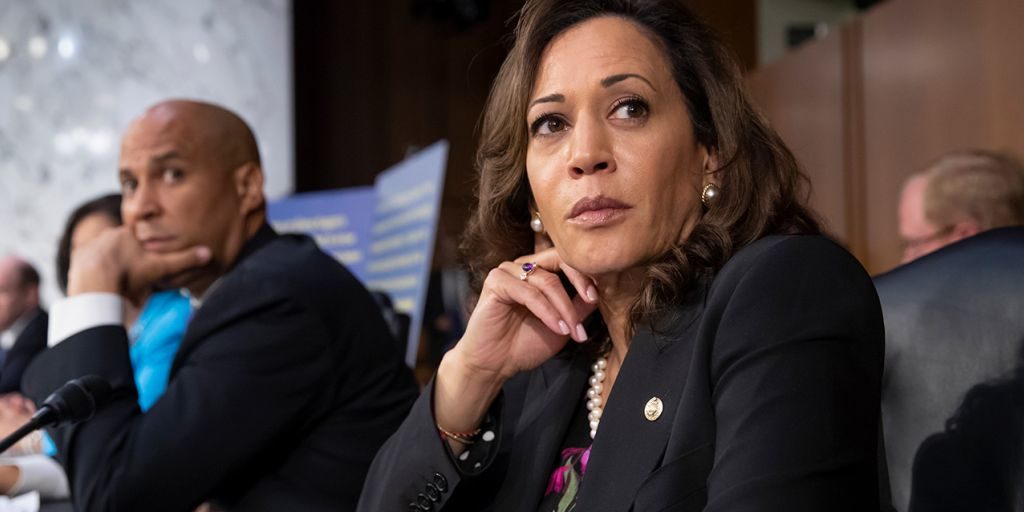 The chaotic start to Judge Brett Kavanaugh’s confirmation hearing was coordinated from the top by Democratic senators who wanted to stall the Supreme Court nomination process amid complaints about access to documents. Kavanaugh returns before the Senate Judiciary Committee Wednesday for the start of formal questioning. He has delivered only his opening statement so far, vowing Tuesday to be a “neutral and impartial arbiter” after enduring a morning and afternoon of blistering statements from Democrats warning about the implications of his potential confirmation. Many of those Democrats repeatedly tried to object, delay and even adjourn the hearing amid requests for more documents and more time to review the files they had. Senate Minority Whip Dick Durbin, D-Ill., seemed to acknowledge the show was coordinated when asked by GOP Sen. Thom Tillis during Tuesday’s hearing to respond to reports that Senate Minority Leader Chuck Schumer, D-N.Y., led a phone call over the holiday weekend discussing protest plans.

Durbin said “there was a phone conference yesterday,” where “many issues were raised.” He said this included concerns that “over 100,000 documents related to Judge Kavanaugh had been characterized by the chairman of the committee as committee confidential” and questions of whether the committee should hear the nominee “without access to basic information about his public record.”

Politico, citing unnamed sources, reported that Democrats discussed going even further than their strategy of rapid-fire disruptions. According to the report, they considered staging a mass walkout during the confirmation hearing. But the party’s top lawmakers ultimately decided against such a course of action, in part fearing the backlash from a made-for-TV moment would only help the Republican Party, and impede any chances to stop the nomination of Kavanaugh, the report said.

The consideration of such a drastic move revealed a split between the party’s more liberal wing, who wish to stop the confirmation of Kavanaugh by all means necessary, and more senior Democrats, who believe the nomination should be defeated only by following rules and norms. The Democrats ultimately came to a compromise – a disruptive and chaotic hearing, Politico reported. Younger Democrats, such as California Sen. Kamala Harris, hijacked Tuesday’s hearing almost as soon as it started and urged the committee to delay the hearing amid protests by liberal activists, some of whom were arrested.

Harris received praise for her defiance of the chamber’s norms. “This was a big step forward, and Kamala Harris showed real leadership by going first in interrupting the hearing. Now we need other Democrats who aren’t on the committee to speak up and oppose this nominee, too,” Brian Fallon, director of Demand Justice, an anti-Kavanaugh group, told the outlet. By not staging a walkout, however, Democrats also allowed themselves to become part of the process and grill Kavanaugh in the upcoming hearings, hoping to mobilize opposition to his candidacy. The obstructionist tactics, which will surely boost some lawmakers’ reputations among the increasingly liberal base, may still backfire when it comes to the confirmation of Kavanaugh. Democrats ultimately need to convince moderate Republicans to vote against Kavanaugh’s confirmation. Alaska Sen. Lisa Murkowski, one of the swing votes that could stop the nomination, dismissed Tuesday’s protests as “a lot of drama,” according to the outlet.

Meanwhile, another viral moment from Tuesday’s hearing – when Fred Guttenberg, father of Jaime Guttenberg who was killed in the Parkland shooting, was seen approaching Kavanaugh for a handshake, only for the nominee to walk away – also was the result of some planning.

The committee’s top Democrat, Sen. Dianne Feinstein, tweeted that she invited Guttenberg to sit in the audience. “He knows firsthand how Brett Kavanaugh’s extreme views on guns could lead to more massacres,” tweeted Feinstein, who has long championed gun control measures. But Guttenberg said it was his decision to approach Kavanaugh. “I initiated an effort to introduce myself to Kavanaugh. It was my decison and I own it. Anyone trying to come up with some politial master plan is simply wrong,” he tweeted.