Kyle Kashuv Calls Out the ‘Cowards of Broward’ 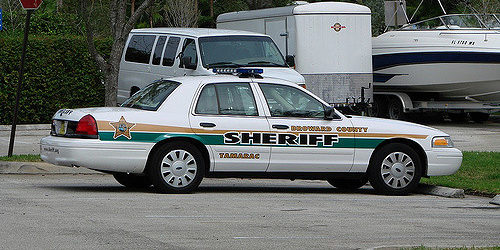 Conservative student and Parkland shooting survivor Kyle Kashuv sat down with CBS Face the Nation today to discuss the March For Our Lives and what could have been done differently to save lives at Marjory Stoneman Douglas High School. Kashuv had some harsh criticism for the Broward County Police Department, or as he calls them, the “cowards of Broward.”

MARGARET BRENNAN, FACE THE NATION: So have you considered, I mean give me a sense when you go back to- to Parkland and you have to go to school and sit in the same classroom with some of these people you’re disagreeing with. How many other fellow students support your way of thinking?

KYLE KASHUV, MARJORY STONEMAN DOUGLAS HIGH SCHOOL STUDENT: There’s a very– there’s a silent minority at Stoneman Douglas who agrees with me completely. Something called the Marshal Program which was registered and implemented in Florida and which would allow properly trained officers and- and veterans and unemployed veterans to acquire the training to protect our schools because we’ve seen in Maryland that the only way to stop a bad guy with a gun is a good guy with a gun. And it really concerned me as to how come we did not see a single person-

BRENNAN: You would have liked more armed guards at the school?

KASHUV: Absolutely, I mean we saw it Maryland. He- he stopped the shooter. He did his job and had the cowards of Broward done their job, I think that the count in Parkland would have been much lower. We saw that in Maryland that a good guy with a gun stopped the bad guy with the gun. The only way to stop an active shooter on campus is to have another person to- to eliminate him.