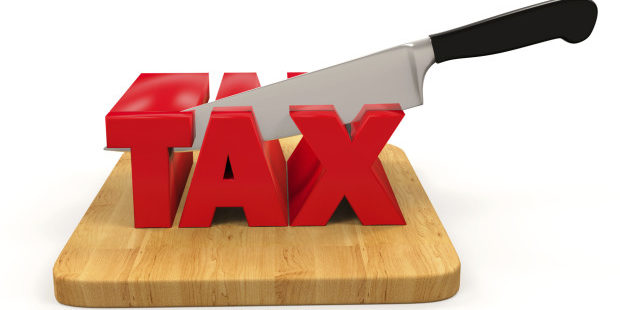 Treasury Secretary Steve Mnuchin confirmed Wednesday that the Trump administration aims to lower the corporate tax rate to 15 percent, saying a forthcoming proposal will constitute the “biggest tax cut” for Americans in history.

“This is going to be the biggest tax cut and the largest tax reform in the history of our country,” Mnuchin said, as administration officials prepare to outline Wednesday afternoon what he described as “principles” of their tax plan. Mnuchin, speaking at a Washington forum hosted by The Hill, would not reveal many specifics but confirmed that they want to lower the corporate rate to 15 percent, from 35 percent.

“I will confirm that the business tax is going to be 15 percent,” he said. “[Trump] thinks that’s absolutely critical to drive growth.”

He said small businesses would benefit from that. Mnuchin also said the administration wants to “do the whole thing,” and not pursue tax reform piece by piece. Amid concerns that such sweeping tax cuts would significantly reduce revenue for the government, he suggested economic growth will help pay for the plan. The administration reportedly also wants to cut the top rate for small business owners to 15 percent from 39.6 percent.  The plan, though, is likely to run into tough questions from Democrats and some fiscal hawks about the impact on the federal deficit and national debt.

On Tuesday, the official scorekeeper for Congress dealt a blow to the argument that tax cuts pay for themselves.  The nonpartisan Joint Committee on Taxation said a big cut in corporate taxes, even if temporary, would add to long-term budget deficits. This is a problem for Republicans because it means they would need Democratic support in the Senate to pass a tax overhaul that significantly cuts corporate taxes. After holding a briefing with congressional lawmakers Tuesday night, Mnuchin and top White House economic adviser Gary Cohn are set to brief the media later Wednesday on tax plan details. Mnuchin said Wednesday morning that the House, Senate and administration are all “on the same page” and called tax reform a “major priority.”