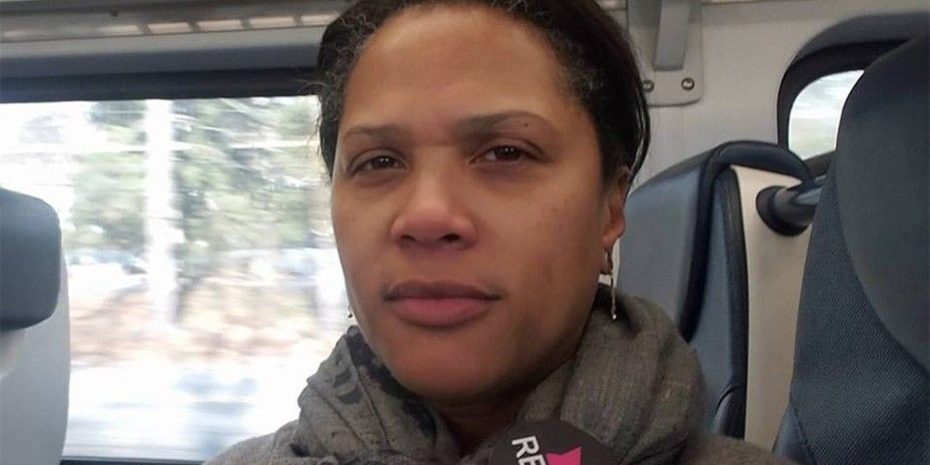 A New Jersey board of education member is facing a call to resign Wednesday after video surfaced purportedly showing her trying to “manipulate” a police officer by exercising “civic privilege” after she was pulled over for speeding. The woman in the April 27 dash-cam video, who identifies herself as Stephanie Lawson-Muhammad, a South Orange and Maplewood Board of Education member, also is heard telling one of the town’s officers that she is “scared of cops because you guys hurt black people,” before calling the cop’s boss a “skinhead.”

“Under no circumstances is this behavior, from a public servant no less, acceptable,” Walter Fields, chairman of the SOMA Black Parents Workshop, wrote in a Wednesday letter to the board’s president. “Ms. Lawson-Muhammad must resign her position.”

The incident began after Officer Shaun Horst pulled over Lawson-Muhammad for “doing 37 in a 25.”

“My name is Stephanie Lawson-Muhammad, I’m on the school board, I’m a community member of this town. I’m sorry if I was speeding,” she is heard telling Horst, before asking him if it’s OK if her daughter can exit the vehicle to continue on her way to school.

“And I’m scared of cops, because you guys hurt black people,” she then adds while making sobbing noises.

“Ma’am, do you want me to call an ambulance?” Horst asks her. “You look like you might be having a panic attack, or some anxiety.”

“No I don’t want you to call me an ambulance,” Lawson-Muhammad snaps back at the officer. “That was a f—–g insult.”

After being handed summonses for speeding and failing to have a valid insurance card in her possession, Lawson-Muhammad – who is married to the great-grandson of Nation of Islam founder Elijah Muhammad – becomes increasingly distraught.

“Now you want me to go to court? I don’t wanna go to court – I have insurance, he can text you a picture of it right now,” says Lawson-Muhammad, referring to her husband.

Horst responds by saying that he can’t void the summons since it was already written.

“Then I’ll call Sheena, and your skinhead cop chief, too,” she adds, referencing the president of South Orange Village.

Lawson-Muhammad did not respond to a request for comment from Fox News at the time of publication of this article. The board’s president, Elizabeth Baker, referred Fox News to the district’s communication’s director, who also did not respond.

“When viewing the video, it is clear that Board Member Lawson-Muhammad attempted to exercise her civic privilege during a routine traffic stop,” Fields writes in his letter. “Board Member Lawson-Muhammad also infers that she is afraid of police, a reference that I believe attempts to manipulate the officer given the tensions between the African-American community and law enforcement.” SOMA Black Parents Workshop, on its website, describes itself as being “established in 2014 by Black parents determined to address patterns of racial discrimination in the South Orange-Maplewood School District.”

Fields also accuses Baker of knowing about the incident and receiving the video more than a week ago, but failing to act.

“Ms. Lawson-Muhammad must issue a public apology to this officer,” he concludes, while hailing Horst – who joined the police force in South Orange less than two years ago — for his calmness during the entire episode.

“The officer should be commended for his professionalism, demeanor, and the respect he showed a citizen who immediately attempted to use her position to intimidate him,” he said.