No End In Sight: Southern Border Exceeds Over 250,000 Encounters 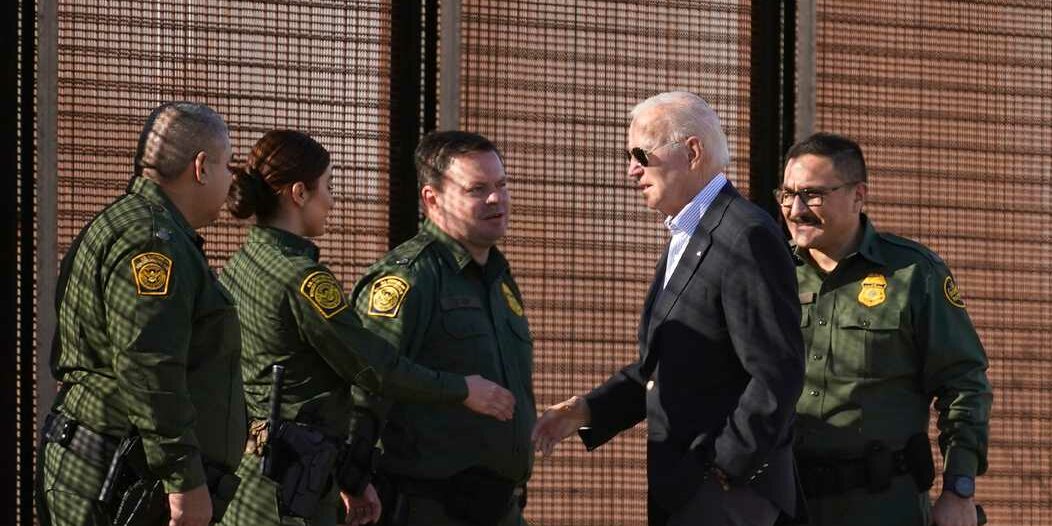 The southern border continues to be overrun by thousands of illegal migrants each day despite President Joe Biden’s vowing to do something about the crisis.

However, he does have his hands full after the discovery of classified documents were found in his possession.

Still, that is no excuse for the staggering amount of migrants crossing the southwest border every day.  According to U.S. Customs and Border Protection, data, 251, 487 encounters were stopped during December, marking the tenth consecutive month that topped over 200,000 encounters.

“CBP sources [say] there were over 70,000 known got away at the border in December as well,” Fox News Bill Melugin tweeted.

December 2022 was recorded as seeing the highest number of migrant encounters ever recorded. Between October, November, and December, there have been 717, 660 encounters (not counting got aways) caught at the U.S.-Mexico border.

Despite border encounters being the highest it has ever been in 10 months, CBP Commissioner Troy Miller claimed that their new border enforcement measures are “working.”

“Even as overall encounters rose because of smugglers spreading misinformation around the court-ordered lifting of the Title 42 public health order, we continued to see a sharp decline in the number of Venezuelans unlawfully crossing our southwest border, down 82% from September 2022,” Miller said in a press release. “Early data suggests the expanded measures for Cubans, Haitians, and Nicaraguans are having a similar impact, and we look forward to sharing the additional data in the next update.”

Even Democrat-run states such as New York City have had it with Biden’s lax border policies.  Democrat Mayor Eric Adams called on Biden to do his job by closing the border to migrants until after their asylum applications can be reviewed— a key proponent of former President Trump’s Remain In Mexico policy.

Adams criticized the Biden Administration for failing to take into account states who are being bombarded by immigrants, severely impacting them.

“You see the support they deserve,” Adams said, adding “and that includes a person with the singular responsibility of a decompression strategy and other methods to address the asylum-seeker crisis we’re facing.”

A recent Yahoo/YouGov poll found that 54 percent of Americans blame Biden for the record-breaking illegal immigration levels, with only 33 percent arguing that the president is not at fault.  Former Acting Immigration and Customs Enforcement (ICE) Director Tom Homan condemned the Biden Administration’s lack of responsibility, blaming the president for allowing illegal migrants to be directly released into American’s backyards.

“Most of these 250,000 will be released into the interior and stay here indefinitely,” Homan said, adding “Joe Biden and Secretary Mayorkas have embraced open borders for political benefit, and innocent people are the ones paying the consequences.”