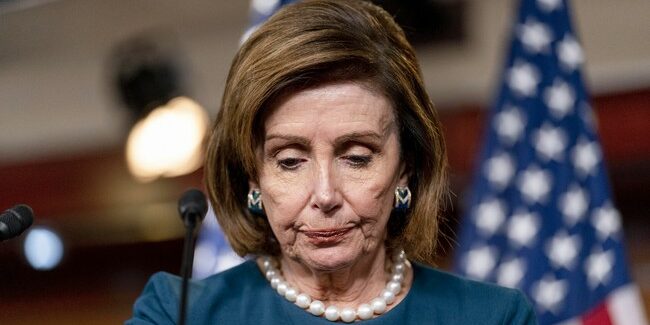 Gas prices hit an all-time high in advance of this past holiday weekend, averaging a whopping $4.60 per gallon. And again, that’s the average, meaning that half of the data points are even higher – including north of six dollars per gallon in places like Southern California. Some projections suggest that California’s heightened pain could be felt by the whole nation by mid-to-late summer. Presidents and politicians only wield so much control over this issue, of course, so assigning too much blame or credit is often a partisan exercise, but the Biden administration is openly hostile to domestic energy production. Their actions and words align on this front, and should be heard loud and clear. This is a good summary of decisions that have been made in recent weeks alone:

Relatedly, this was quite a soundbite from Biden’s recent overseas trip:

U.S. economic growth will exceed 3% in 2022, while roaring inflation has topped and will cool each month to around 2% by some point in 2024, according to a government forecast published Wednesday. The nonpartisan Congressional Budget Office estimated that real gross domestic product, or GDP, will grow 3.1% in 2022, driven by consumer spending and demand for services, according to the report released Wednesday. It revised its estimates for GDP growth in 2023 and 2024 upward to 2.2% and 1.5%, respectively, but still below this year’s pace.

Inflation will ebb, flow, ease, and surge, but inflation will be with us for quite some time – and even some Democrat-affiliated economists have admitted that their party’s policies bear significant blame. And speaking of GDP, we also learned last week that last quarter’s shocking contraction was actually a bit worse than first thought:

The U.S. economic contraction to start the year was worse than expected as weak business and private investment failed to offset strong consumer spending, the Commerce Department reported Thursday. First-quarter gross domestic product declined at a 1.5% annual pace, according to the second estimate from the Bureau of Economic Analysis. That was worse than the 1.3% Dow Jones estimate and a write-down from the initially reported 1.4%. Downward revisions for both private inventory and residential investment offset an upward change in consumer spending. A swelling trade deficit also subtracted from the GDP total. The pullback in GDP represented the worst quarter since the pandemic-scarred Q2 of 2020 in which the U.S. fell into a recession spurred by a government-imposed economic shutdown to battle Covid-19.

A second consecutive quarter of negative economic growth would officially mark a recession. Experts have been debating whether a recession is more likely this year, next year, or even in 2024, when CBO expects inflation to finally subside. All of this is having a political impact, needless to say. Democratic operatives, pollsters, and party chiefs have been warning about an impending beating at the polls, and quite a few of their elected officials are behaving accordingly by not seeking re-election or diving headlong into “precriminations.” Last week, the nonpartisan Cook Political Report adjusted its ratings for the House of Representatives, and it’s not hard to see why so many people on Team Blue are sweating bullets:

In the 2018 blue wave – which did not hit Senate races, for various reasons – Cook predicted upwards of a 40-seat gain for House Democrats. They were spot on. Here’s how they’re assessing things at the moment:

I’ll remind you that House Republicans outperformed expectations and Donald Trump in 2020, which is why the current Democratic majority is so tenuous (though Pelosi keeps ramming through extreme proposals with narrow, party-line support, from a $5 trillion inflation bomb, to abortion-until-birth radicalism):

Republicans won all 27 House races the Cook Political Report rated as “toss-ups” in its 2020 election analysis, in addition to picking up seven of the 36 seats the outlet rated as “likely Democrat” or “lean Democrat.” … Before the election, the Cook Political Report listed 229 seats as either “solid Democrat,” “likely Democrat,” or “lean Democrat” to go along with the 26 toss-ups. As of Thursday, the party’s best hope is for 226 seats, though the Cook Political Report rates 223 as the most likely outcome. The results represent a major disappointment for Democrats, who grew increasingly confident of a “blue wave” leading up to Election Day that would give them an expanded House majority. “This year, I’m trying to win it two years in advance — by being so substantial in this election that as soon as we start into the next year, people will see our strength,” House Speaker Nancy Pelosi said one week before Election Day. “We intend to hold the House and grow our numbers,” she continued. Instead, Republicans look likely to pick up about 15 seats in the House, which would give Democrats a slim majority when the new Congress convenes in January.

The Trump midterms were a blue wave. The 2020 election…was not, though depressed GOP turnout in Georgia cost the party two seats and control of the upper chamber (Georgia turnout has spiked in 2022, putting the lie to Democrats’ false “suppression” claims). I’ll leave you with a president polling 15 points underwater repeating debunked claims about guns. Regardless of what you think about that issue (my thoughts are here), the president will persuade virtually nobody of anything by recycling discredited claims over and over again: