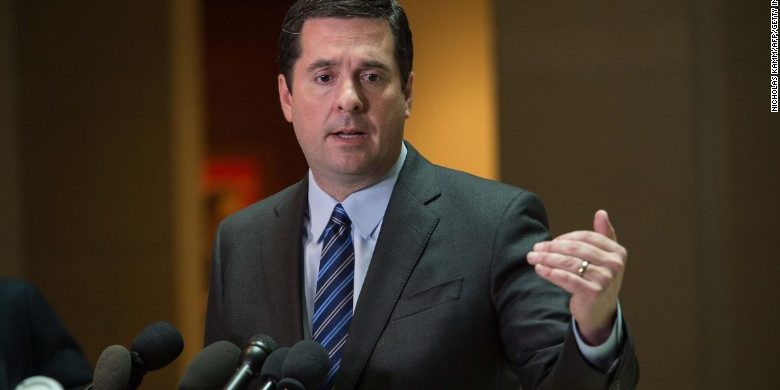 Rep. Devin Nunes, chairman of the House Permanent Select Committee on Intelligence, said the FBI is in clear violation of its own internal procedures and may have broken the law in its applications to the Foreign Intelligence Surveillance Act court to spy on former Trump campaign adviser Carter Page.

“Former and current DOJ and FBI leadership have confirmed to the committee that unverified information from the Steele dossier comprised an essential part of the FISA applications related to Carter Page,” Nunes wrote in a letter to Attorney General Jeff Sessions Thursday.

This, he argued, violates the FBI’s requirement that only “documented and verified” information should be used in applications to the FISA court.

“In this instance, it’s clear that basic operating guidance was violated,” he said.

Nunes listed five criminal statutes that were possibly violated, including conspiracy, obstruction of justice, contempt of court. It also cites statutes that make it a crime to willfully deprive a person of a right protected by the Constitution and another preventing unauthorized electronic surveillance.

In the letter, Nunes asks Sessions whether these protocols requiring verified information have changed, and if not, what steps the DOJ or FBI taken to hold officials behind the Page application accountable. (FoxNews.com)

The chairman is requesting answers no later than March 8.  Rep. Adam Schiff (D-CA), the ranking member on the committee, said Nunes’s letter represents his latest attack on the FBI.

“In his latest letter to an Attorney General recused on the matter, Chairman Nunes continues his effort to attack and malign the honorable men and women of the FBI and the Department of Justice,” he said. “The Republican memo having been discredited, this new attempt to roil the Department is little more than another transparent effort to defend President Trump by trying to discredit and distract from the Special Counsel and Congressional investigations.”