Obama official should be subpoenaed after ‘leaking’ admission 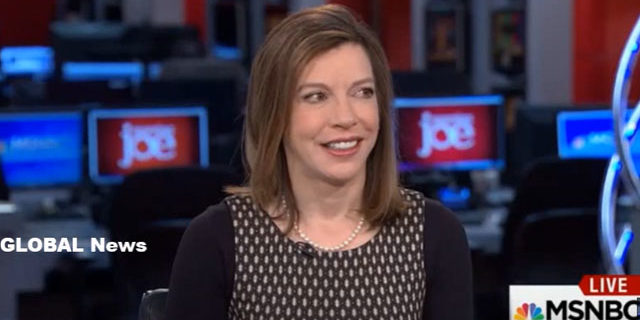 “That is just a devastating admission right there,” said David Bossie, a Fox News contributor who was a top official with Trump’s 2016 campaign.  The comments come after Evelyn Farkas, deputy assistant secretary of defense under then-President Barack Obama, discussed collection efforts by her colleagues during a March 2 interview with MSNBC’s Mika Brzezinski. Bossie told “Fox & Friends” the heads of the House and Senate Russia investigations should be “calling her today.”

During the MSNBC interview, Farkas, who is now a senior fellow at the Atlantic Council and MSNBC analyst, said she was urging former colleagues and “people on the Hill” to “get as much information as you can, get as much intelligence as you can, before President Obama leaves the administration.” She continued, “Because I had a fear that somehow that information would disappear with the senior [Obama] people who left, so it would be hidden away in the bureaucracy … that the Trump folks – if they found out how we knew what we knew about their … the Trump staff dealing with Russians – that they would try to compromise those sources and methods, meaning we no longer have access to that intelligence.”  Farkas served as deputy assistant secretary of defense for Russia/Ukraine/Eurasia under Obama, and parted ways with the White House in 2015.

Her blunt comments come as lawmakers on Capitol Hill clash over House Intelligence Committee Chairman Devin Nunes’ claim last week that surveillance operations incidentally collected Trump team communications during the transition. Critics have accused Nunes of carrying water for Trump and called on him to recuse himself from Russia matters, but Nunes and his congressional allies have pushed back.  Aside from questions over whether communications were improperly gathered during the transition and before, there is speculation over how widely such information was disseminated. Farkas fueled those concerns by describing a rush to spread the material before Trump took office.  “So I became very worried because not enough was coming out into the open and I knew that there was more. We have very good intelligence on Russia,” she said. “So then I had talked to some of my former colleagues and I knew that they were trying to also help get information to the Hill. That’s why you have the leaking.”