Oil struggles to find footing after 7% slide as outlook darkens 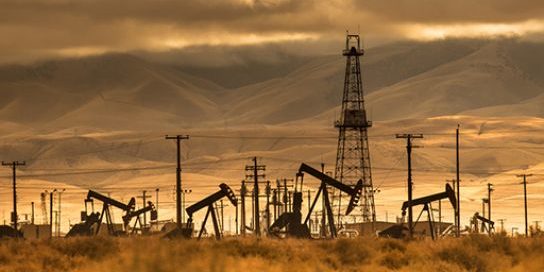 SINGAPORE, Nov 14 (Reuters) – Oil struggled to find its footing on Wednesday after plunging 7 percent the previous session, with surging supply and the specter of faltering demand scaring off investors.

U.S. West Texas Intermediate (WTI) crude oil futures were at $55.52 per barrel at 0732 GMT, down 17 cents, or 0.3 percent, from their last settlement. International benchmark Brent crude oil futures were down 9 cents at $65.38 per barrel. Crude oil has lost over a quarter of its value since early October in what has become one of the biggest declines since a price collapse in 2014.

Spot prices in September were significantly higher than those for later delivery, a structure known as backwardation that implies a tight market as it is unattractive to put oil into storage. By mid-November, the curve had flipped into contango, when crude prices for immediate delivery are cheaper than those for later dispatch. That implies an oversupplied market as it makes it attractive to store oil for later sale.

Oil markets are being pressured from two sides: a surge in supply and increasing concerns about an economic slowdown, as seen with the economic contractions in powerhouses Japan and Germany during the third quarter as well as in China’s falling car sales. U.S. crude oil output from its seven major shale basins is expected to hit a record 7.94 million barrels per day (bpd) in December, the U.S. Department of Energy’s Energy Information Administration (EIA) said on Tuesday.