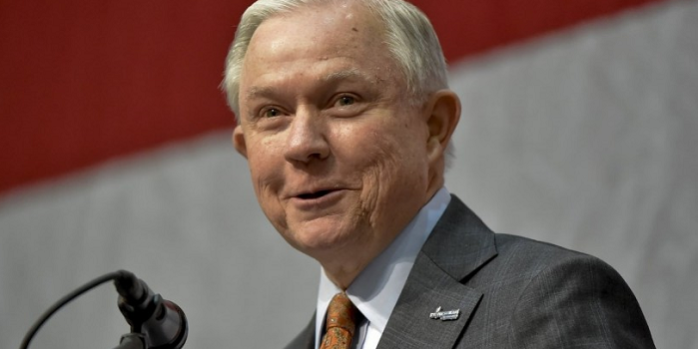 Attorney General Jeff Sessions issued a memo directing federal prosecutors to pursue the toughest charges against most criminals. The memo to the nation’s 94 U.S. attorneys says they should “charge and pursue the most serious and readily provable offense.” It also triggers mandatory minimum sentences, which will increase prosecutions and prison populations.

The Obama administration used the “Smart on Crime” policy to combat what they believed was a high number of prosecutions of non-violent drug offenders. DOJ officials call it a “false narrative” and say unless a gun is involved, most of those cases aren’t charged period.

Officials say Holder’s “Smart on Crime” policy “convoluted the process,” and left prosecutors applying the law unevenly, which they said “is not Justice.”

Critics of the shift say it will revive the worst aspects of the drug war. But Sessions has said a spike in violence in some big cities shows the need for a return to tougher tactics.

Sessions says in the memo that “charging and sentencing recommendations are crucial responsibilities for any federal prosecutor.” Pursuing the most serious punishment possible for a crime is a policy that “affirms our responsibility to enforce the law, and is moral and just,” he added.