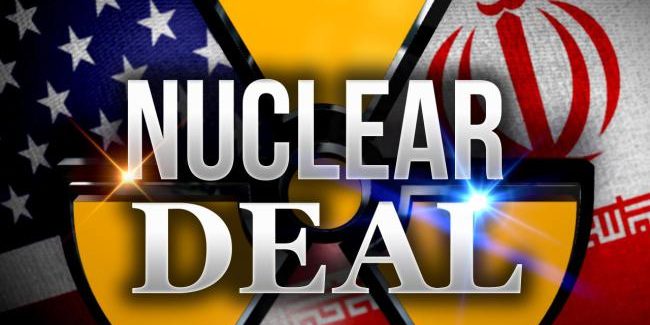 The State Department on Tuesday admitted that President-elect Trump can kill the Iran deal if he so chooses, despite Iran saying there was “no possibility” it could be overturned.

“It’s not a formal treaty, and, of course, no one else can prevent any party to this agreement from walking away,” spokesman Mark Toner told reporters Tuesday. “The counterargument is, why would anyone walk away? Because it’s effective.” Iranian President Hassan Rouhani said Trump’s actions wouldn’t affect the country. “He may desire to rip up the deal. Do you suppose we will allow this this?” he said in a speech Tuesday.

Leaders in the country also said extending expiring legislation that levied sanctions on Iran would violate the terms of the deal, but Toner said this isn’t true. “We obviously reject those views,” he said. “We’ve been very clear that what we call a ‘clean’ extension of the Iran Sanctions Act is entirely consistent with our commitments in the [Iran deal]. “And, in any case, Secretary [of State John] Kerry would retain waiver authority and would continue to waive all sanctions, the relevant sanctions authorized by the legislation. And that’s what we committed to do in the [Iran Deal] and so we retain that capacity, I guess, is the point.”

Trump has long vowed to renegotiate the deal if he were elected, calling it a disaster as it currently stands.