Suppression: MLB Must Remove Headquarters and Hall of Fame from ‘Jim Crow’ New York, Based on Alleged ‘Values’ 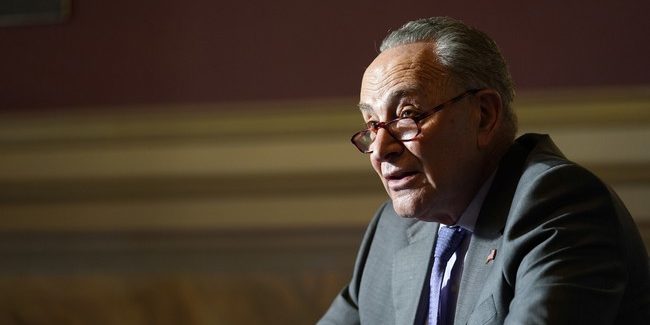 The aggressive and hyperbolic lying about Georgia’s new elections law came to a head on Friday when Major League Baseball (MLB) announced it had been bullied into relocating its upcoming All-Star Game and draft out of Atlanta, in accordance with the demands of Democrats and their activist and corporate allies. President Biden, who has lied incessantly about the legislation, endorsed this boycott in an ESPN interview, during which he repeated a falsehood so egregious that the Washington Post fact-checked it as a “Four Pinocchio” lie. The White House has tripled down on the dishonesty, refusing to correct the record. Pressure came from the very top, in the extraordinary form of a president of the United States who pledged healing and unity encouraging a boycott against an American state – but not of the Olympic Games in Communist China, where ethnic cleansing and genocide are being carried out by the regime.

Put simply, Major League Baseball folded to brass-knuckle purveyors of ignorance and lies. Georgia Democrats belatedly realized that their outrageous and mendacious demagoguery had resulted in tens of millions of dollars worth of economic harm to their state, particularly communities dominated by their voters and constituents. They’re frantically expressing opposition to MLB’s decision and practically begging other entities not to follow suit. But they can’t have it both ways. Figures like Stacey Abrams can’t bellow “Jim Crow” as loudly as possible for weeks on end, impervious to any facts, then try to stuff the woke genie back into the bottle when their outrage mob reacts accordingly. “Oh, we didn’t mean it like that.” The Democratic Party and their co-conspirators in the media are directly responsible for this:

“Secure, accessible elections are worth the threats. They are worth the boycotts as well as the lawsuits. I want to be clear – I will not be backing down from this fight,” he said. Bravo. The hard Left is engaged in an all-out culture war, and conservatives have two choices: Disarm and lose, or fight back. Companies and organizations that do the bidding of left-wing activists do so out of financial fear. They must be made to also fear Republican elected officials and ordinary conservative consumers. Corporations count on the GOP to lower tax rates and stand in the way to the destructive economic policies of their culture war overlords, who assail corporations and CEOs at every turn. They also count on right-leaning customers being less obsessive, insistent and organized when it comes to collective action. They should be forced to think long and hard about the consequences of having no real political allies, should they continue to throw their collective lot in with anti-business zealots.

Recent editorials and columns in the Wall Street Journal and National Review – mainstream right-leaning publications – have discussed the possibility of red states forming an alliance to combat corporate wokeism. “CEOs may think there’s no downside to hopping on a bandwagon that insinuates that Georgia’s GOP leaders are inveterate racists,” write the Journal’s editors. “But far from dodging our partisan political warfare, they’re taking a side and promoting more division. They and their companies may pay the price when the woke mob decides to turn on them and they need GOP protection.” And here’s part of National Review’s house editorial on the subject:

The best medicine for corporate overreach is for state officials to stand their ground and call the companies’ bluff. Actually relocating operations over a momentary political controversy is costly and painful. A few may carry out their threats, but if they find the tactic meeting regular resistance, they will be less likely to repeat it. Moreover, Republican-run states should show solidarity with one another and not be picked off one at a time. They can start by not poaching businesses that pull out of another state over a culture-war flap. Welcoming a company that arrives on those terms is just asking for your own governance to be held hostage later. Few companies or sports leagues are actually prepared to simultaneously boycott half of the states in the country. States can still compete over a better business climate, and companies will respond to that because it involves the long-term interests of business rather than its response to a single news cycle. Many corporate managers would be quietly relieved if they were no longer expected to jump into every debate that trends on woke Twitter.

Corporate fallout from alienating half the country and weakening the GOP-business alliance could be ugly, Kimberly Strassel warns. In the anti-outrage mob book we co-authored in 2015, Mary Katharine Ham and I posited that perhaps the best way to push back against the illiberal forces of wokeism and cancel culture – the latter term hadn’t even emerged yet – was through ridicule and rallying regular people who aren’t obsessive partisans to help encourage targets of leftist fury campaigns that “this too shall pass.” We called for a “coalition to chill the hell out.” Unfortunately, it seems increasingly clear that active, confrontational, punitive organizing may be the only language that wavering companies and institutions understand, which is why any city lobbying to supplant Atlanta as the 2021 MLB All-Star Game host location must be subject to excruciating and painful scrutiny.

Milwaukee has already made its play, but Wisconsin is home to a “voter suppression” law, under the Left’s own definition. In fact, the organized Left lost its mind over the Badger State’s law when it was passed. Perhaps they’ve already forgotten, or eventually just lost interest. Wisconsinites have turned out in huge numbers since their votes were “suppressed,” with both Democrats and Republicans winning statewide elections. Much like we saw with the apocalyptic rhetoric surrounding Gov. Scott Walker’s successful budget reforms, the fear-mongering and doom-saying about Wisconsin’s voting law never unleashed the predicted parade of horribles from all the usual suspects. Speaking of, Senate Minority Leader Chuck Schumer is asking MLB to bring Atlanta’s canceled All-Star Game to New York:

If Georgia is home to “Jim Crow” voting laws, what does that make the Empire State? That deep blue jurisdiction, in which Schumer has been an elected official since long before I was born, has far more substantial restrictions on voting than Georgia now does – including no permitted “no excuse” absentee balloting, and significantly less early voting. New York also has a legal provision extremely similar to the much-maligned and endlessly-distorted Georgia restriction on providing food and beverages at polling places, with each state allowing specific exceptions. Read for yourself:

Beyond New York’s “racist suppression” (again, this is based on Schumer’s standard), their elections are shambolic. Case in point:

That occurred yesterday, five months after last year’s election. New York’s elections administration is an absolute disaster. Their voting laws are more restrictive in multiple important ways than Georgia’s – and therefore, we’re told, racist and suppressive by definition. How can Major League Baseball continue to countenance this appalling betrayal of its supposed “values” by maintaining its headquarters and Hall of Fame in such a backward and bigoted state? And if Commissioner Manfred and company choose to look the other way and remain in New York, what does that say about their commitment to ostensible “values”? It says the same thing as this does:

Major League Baseball is protesting a democratically passed Georgia voting law while bolstering ties with a Communist Party-backed Chinese company that cracked down on an NBA executive who supported the pro-democracy movement in Hong Kong. “Major League Baseball fundamentally supports voting rights for all Americans and opposes restrictions to the ballot box,” league commissioner Rob Manfred said announcing the decision to pull this year’s All-Star Game out of the Peach State Friday. He said protesting Georgia’s new GOP-backed election integrity law was “the best way to demonstrate our values as a sport.”  But the MLB signed a deal with Tencent Wednesday, one of China’s largest tech companies. It’s one of the Chinese firms that briefly dropped NBA games in 2019 after former Houston Rockets general manager Daryl Morey publicly voiced support for pro-democracy protesters facing a Beijing-backed crackdown in Hong Kong. The new deal grants Tencent rights to stream MLB games in a number of Asian countries until 2023. Back in 2018, the MLB and Tencent reached another deal that granted the company streaming rights for 125 games within China.

And don’t forget MLB’s attempted accommodations of Communist Cuba, negotiated during the presidency of Barack Obama, who’s also endorsed the sport’s Georgia boycott (ahem). I’ll leave you with this non-conservative’s relatively fair-minded rundown of what Georgia’s new law actually entails, which is a far cry from the “Jim Crow” shrieking from Democrats, including the president who has shamefully and idiotically framed the legislation as worse than Jim Crow:

Major League Baseball and other corporate cowerers are acting cravenly and disgracefully. Telling the truth and correcting the record no longer seem sufficient as meaningful forms of pushback. If the Left is going to insist upon relentlessly assaulting every corner of American life with infusions of toxic, zero-sum, fact-deficient politics, conservatives must be prepared to pick battles wisely and respond in kind. If companies and organizations need to be bullied back into neutrality, so be it.