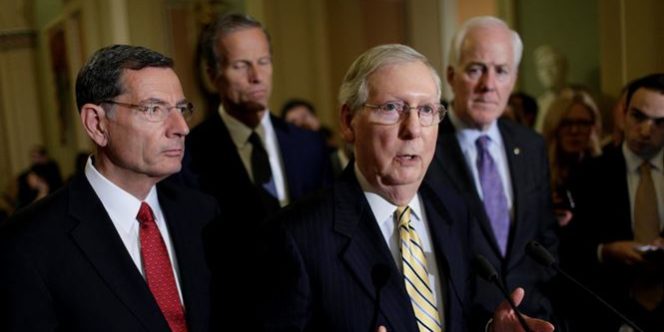 Right after news broke that GOP leadership will not be bringing the Graham-Cassidy bill to the floor Tuesday, lacking the votes, conservative groups raised their voices. The Tea Party Patriots were incensed that Republican politicians can dare to still hold their heads high on Capitol Hill having broken their promises. Here is the group co-founder Jenny Beth Martin’s full statement, provided via press release.

“Promise made, promise broken. Once again, Senate Republican ‘leadership’ has demonstrated that its promises are meaningless. Today’s announcement that Republican Senators will quit before voting on a plan to repeal even SOME portions of ObamaCare is just the latest in a string of failures. When ObamaCare was enacted in 2010, Republicans on both sides of Capitol Hill vowed to repeal every word of President Obama’s government takeover of our healthcare system. It became their rallying cry in election cycle after election cycle. When the American people gave Republicans the House majority after winning the 2010 midterms on the promise of ObamaCare repeal, the people were told ‘We can’t do it with just the House, we need a majority in the Senate to get the job done.’ In 2014, Republicans running for Senate repeated those promises, and were handed a Senate majority. Then they proceeded to tell the American people, ‘We can’t do it with just the Congress, we need the White House, too.’  In 2016, the American people did their part yet again, and delivered Republicans the White House. Now, with total control of the executive and legislative branches, the Republican Senate majority cannot even pass a bill that only repeals a portion of ObamaCare. The American people have a simple message for promise-breaking politicians: If you can’t keep your word, we will find someone else who will.”

Can’t blame her. After seven years of trying to repeal and replace Obamacare, Republicans finally had a chance to do it with control of both the White House and Congress. So far, they have nothing to show for it.

McConnell decided against a vote on the partial Obamacare repeal bill after two senators, John McCain (R-AZ) and Susan Collins (R-ME), came out against it, and two others, Rand Paul (R-KY), and Ted Cruz (R-TX), said they were still on the fence. The leadership can only afford two “no” votes.