‘These Deaths Are on Biden’: Abbott Blasts President After Dozens of Illegal Immigrants Found Dead 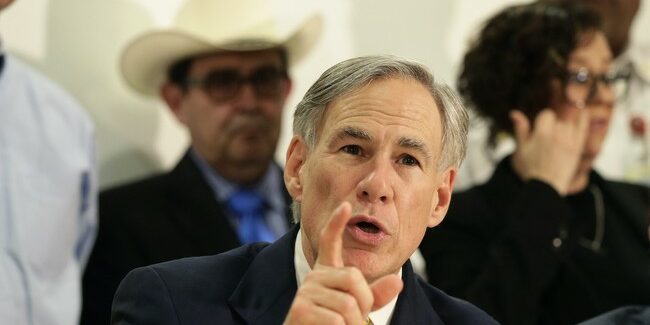 Texas Gov. Greg Abbott blasted President Biden on Monday after at least 46 illegal immigrants were found dead inside of a tractor trailer on a remote road in San Antonio, Texas.

In addition to the deaths, 16 individuals were hospitalized with heat-related illnesses.

The incident is the “deadliest human smuggling” attempt San Antonio Police Chief William McManus could remember in the city.

Authorities received the first call about the truck shortly before 6 p.m. from a worker in the area who had heard a cry for help and went to investigate, McManus said.

According to a law enforcement official, it appears people were trying to jump out of the tractor-trailer because some of the deceased were found along several blocks. The tractor-trailer had a refrigeration system, the official said, but it did not appear to be working. Many of the people found inside the vehicle appeared to have been sprinkled with steak seasoning, the official said, in perhaps an attempt to cover up the smell of people as the smugglers were transporting them.

Authorities said the truck’s doors were partly open when they arrived; a body was outside the vehicle and the rest could be seen inside. The city’s fire chief, Charles Hood, said the survivors did not appear to have access to water and were too weak to exit the truck on their own.

“We’re not supposed to open up a truck and see stacks of bodies in there,” Hood said. “None of us come to work imagining that.” (Texas Tribune)

San Antonio Mayor Ron Nirenberg on Monday called the incident a “horrific human tragedy” and urged people to be compassionate and pray for the victims, their families, and the injured.

Abbott said the blame for the deaths falls squarely on Biden and his immigration policies.