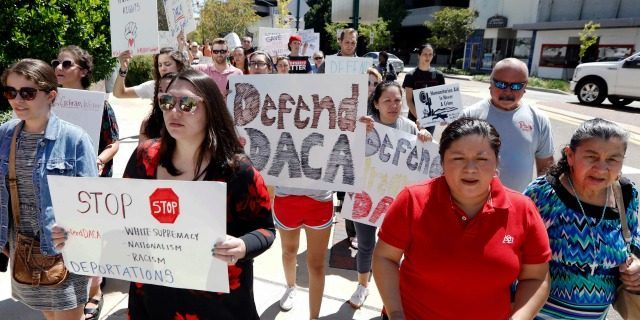 U.S. Attorney General Jeff Sessions announced on September 5 that DACA, an executive amnesty created under the Obama Administration, would be phased out over a six-month period, Breitbart News reported. “I’m here today to announce that the program known as DACA that was effectuated by the Obama administration is being rescinded,” Sessions told reporters. He called for an “orderly and lawful wind-down.” USCIS officials announced on Tuesday the governments plan to begin phasing out the program that many legal scholars believe began illegally.

“The Department of Homeland Security (DHS) will provide a limited, six-month window during which it will consider certain requests for DACA and applications for work authorization, under specific parameters,” officials wrote in Tuesday’s announcement.

Taking into consideration the Supreme Court’s and the Fifth Circuit’s rulings in the ongoing litigation, and the September 4, 2017 letter from the Attorney General, it is clear that the June 15, 2012 DACA program should be terminated. In the exercise of my authority in establishing national immigration policies and priorities, except for the purposes explicitly identified below, I hereby rescind the June 15, 2012 memorandum.

Recognizing the complexities associated with winding down the program, the Department will provide a limited window in which it will adjudicate certain requests for DACA and associated applications meeting certain parameters specified below. Accordingly, effective immediately, the Department:

To assist illegal immigrants who may or may not currently be in the DACA program, USCIS officials released the following: