Trump Is Planning to End Birthright Citizenship Through Executive Order 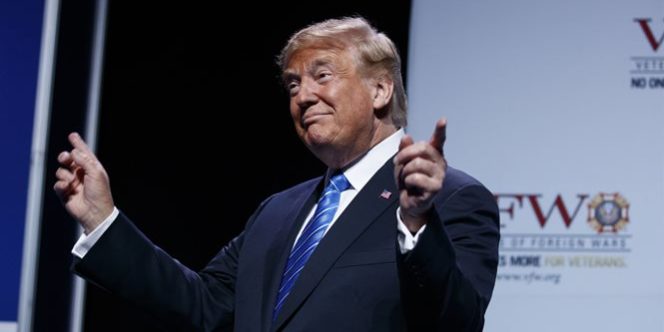 President Trump is planning to end birthright citizenship, calling the right for babies of noncitizens and illegal immigrants born in the U.S. to have citizenship “ridiculous.”

“How ridiculous, we’re the only country in the world where a person comes in, has a baby, and the baby is essentially a citizen of the United States for 85 years with all of those benefits,” Trump told “Axios on HBO.” “It’s ridiculous. It’s ridiculous and it has to end.

“You can definitely do it with an Act of Congress. But now they’re saying I can do it just with an executive order,” said Trump. The president confirmed to Axios that he’s had the conversation with counsel and that “it’s in the process.”

“It will happen with an executive order,” Trump said.

Can it happen? Axios weighs in:

John Eastman, a constitutional scholar and director of Chapman University’s Center for Constitutional Jurisprudence, told “Axios on HBO” that the Constitution has been misapplied over the past 40 or so years. He says the line “subject to the jurisdiction thereof” originally referred to people with full, political allegiance to the U.S. — green card holders and citizens.

Michael Anton, a former national security official in the Trump administration, recently took up this argument in the Washington Post.

Anton said that Trump could, via executive order, “specify to federal agencies that the children of noncitizens are not citizens” simply because they were born on U.S. soil. (It’s not yet clear whether Trump will take this maximalist argument, though his previous rhetoric suggests there’s a good chance.)

But others — such as Judge James C. Ho, who was appointed by Trump to Fifth Circuit Court of Appeals, in New Orleans — say the line in the amendment refers to the legal obligation to follow U.S. laws, which applies to all foreign visitors (except diplomats) and immigrants. He has written that changing how the 14th Amendment is applied would be “unconstitutional.”