Trump’s Back on Social Media 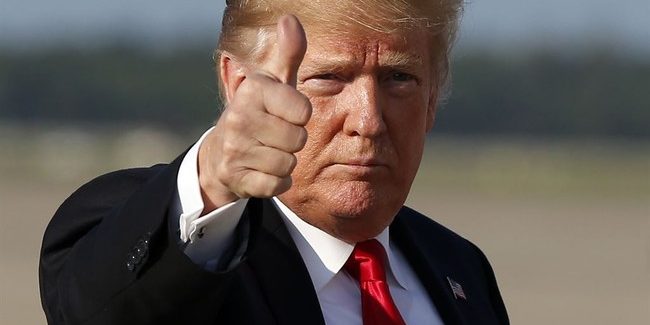 President Trump is back on social media, sending his first message from Truth Social, the social media platform he launched last month but which has been beta testing since February.

“I’M BACK! #COVFEFE,” Trump posted along with a photo of himself in front of Mar-a-Lago in Palm Beach, Florida. The hashtag was in reference to a typo he made in a 2017 tweet that was eventually deleted.

“Despite the constant negative press covfefe,” Trump wrote at the time.

On Monday, the former president said he would not be going back on Twitter after billionaire Elon Musk purchased the site in a nearly $44 billion deal.

“I am not going on Twitter, I am going to stay on Truth,” Trump told Fox News. “I hope Elon buys Twitter because he’ll make improvements to it and he is a good man, but I am going to be staying on Truth.”

He said Twitter became “very boring because conservatives were thrown off or got off the platform when I left.”

The former president was kicked off social media sites after the Jan. 6 riot at the Capitol building.

“What we’re finding is that the response on Truth is much better than being on Twitter,” Trump continued. “The bottom line is, no, I am not going back to Twitter.”  Musk pointed out on Twitter that Truth Social was doing better in the Apple store than Twitter or TikTok.