Trump’s Immigration Order: We Apologize ‘For Nothing’ 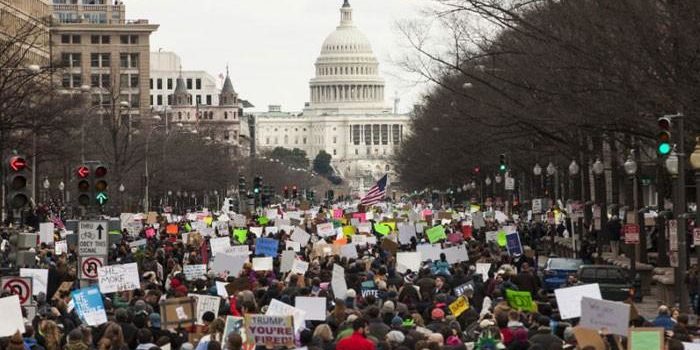 White House Chief of Staff Reince Priebus took to the Sunday talk shows to defend President Trump’s executive order on immigration, which denies entry for 90 days to people from seven countries in the Middle East and North Africa known to be terror hot spots.

Even after widespread backlash from politicians, pundits, and protesters over the weekend, Priebus said the Trump administration is not going to apologize for the order. “Look, yesterday, what people need to understand is that 325,000 foreign travelers came into the United States. About 109 of those people were retained, detained for further questioning because they came from the identified seven countries that the Obama administration and both houses of Congress have identified as being countries that harbor and train terrorists,” he told CBS’ “Face the Nation.”

“They were asked questions. The vast majority of all those people were released. About a couple dozen people remain for further questioning. And my suspicion is those people will move on, as long as they’re not dangerous and perhaps a couple of them will be further detained because it’s determined that they’re dangerous for this country. So, this was a promise that … President Trump had made. And it’s a promise that he is going to keep. And he’s not willing to be wrong on this subject. We need to do our best to be vigilant and protect Americans.”

He also defended the timetable of Trump’s order on NBC’s “Meet the Press” when host Chuck Todd asked him if it was necessary to implement it immediately, rather than having a grace period of 72 hours or more so agencies had time to understand the rules. Priebus cautioned against the use of a grace period because then “people who want to do bad things to Americans would just move up their travel date two days in order to get into the country before the grace period is over.” And regarding the few who remain for further questioning, Priebus reiterated what he said on CBS—that most will likely be released but there could be a few who are detained further.

“If they’re folks that shouldn’t be in this country they’re going to detained—so, apologize for nothing here.”