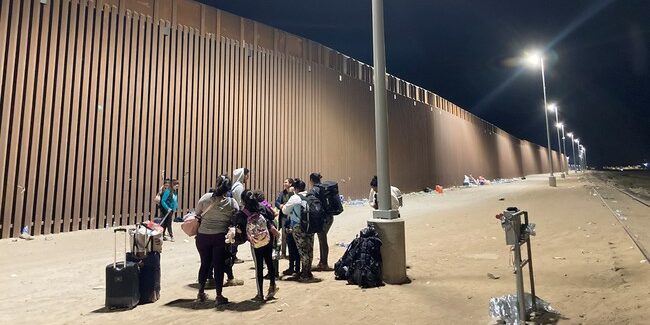 It’s no secret that America’s southern border has been turned into lawless chaos by the Biden administration’s lax immigration policies that incentivize the dangerous journey to illegally enter the United States while enriching and empowering murderous drug cartels in Mexico. As Julio, Katie, and Guy saw first-hand earlier this year, it’s a humanitarian disaster as migrants are at risk from exposure to the elements and violence and abuse from cartels during the dangerous trek north across the U.S. border.

But a new report from the International Organization for Migration’s (IOM) Missing Migrants Project (MMP) puts an exclamation point on just how deadly Biden’s border crisis truly is.

According to the IOM’s data for 2021, more than 1,200 migrants lost their lives “during migration in the Americas in 2021,” including no fewer than 50 children — of them, at least 728 died along the U.S.-Mexico border which makes America’s southern border “the deadliest land crossing in the world.”

It’s worth noting that this designation comes from an official United Nations agency — not a right-leaning think tank or Republican analysis.

Last year was also “the deadliest year at the United States-Mexico border since at least 2014,” according to the report which recorded 53 percent more deaths at the southern border than in 2020.

So far in 2022, IOM has already recorded 493 deaths among migrants seeking to enter the United States, almost all of them illegally, and the year is only half over. This year’s number includes the more than 50 who were found in the back of a tractor trailer in San Antonio, Texas — and the crisis shows now signs of slowing as the Biden administration continues to gut immigration protocols aimed at keeping illegal immigrants from surging into the country. Since the gruesome death of the migrants trapped in a sweltering truck, deaths have continued along the border, as Julio reported here.

All this while President Biden, Homeland Security Secretary Mayorkas, and other Democrats claim that their policies dealing with immigration and the border are the “more humane” way to handle the border and migrants seeking to enter the United States illegally.