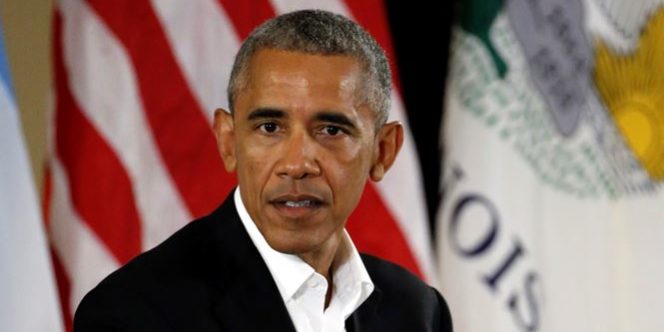 Gun control might be on everyone’s minds, or at least those in America’s newsrooms, but we have yet another development in the ongoing and increasingly comical investigation into whether the Trump campaign colluded with the Russians. There are new texts allegedly showing that the Obama White House, the CIA, the FBI, and top Democrats colluded at the outset of the Russia probe. FBI Agent Peter Strzok, who initiated this investigation in July of 2016, sent them to his mistress and bureau lawyer Lisa Page. That effort is now to be headed by Special Counsel Robert Mueller. Strzok became a centerpiece of this whole saga since his extramarital affair with Page brought the probe’s credibility in question and that of the FBI itself.

Strzok texted Page saying that certain cyber intelligence should be given to the Obama White House on August 8, 2016. “Internal joint cyber cd intel piece for D, scenesetter for McDonough brief, Trainer [head of FBI cyber division] directed all cyber info be pulled. I’d let Bill and Jim hammer it out first, though it would be best for D to have it before the Wed WH session,” he said.

Fox News reported that “D” referred to White House Chief of Staff Dennis McDonough. Later that month, on August 25, then-CIA Director John Brennan briefed Sen. Harry Reid (D-NV), who then penned a letter to former FBI Director James Comey about possible collusion between Russia and the Trump campaign. On August 29, The New York Times reported on the letter; Page sent the link to the story to Strzok saying, “here we go.” The news network noted that GOP investigators don’t want to draw any conclusions, but noted that this is enough to call for a special investigator to ensure the independence of the agencies was honored. The FBI and the CIA aren’t supposed to engage in what appears to be a coordinated political activity during an election.

Newly uncovered text messages between FBI officials Peter Strzok and Lisa Page suggest a possible coordination between high-ranking officials at the Obama White House, CIA, FBI, Justice Department and former Senate Democratic leadership in the early stages of the investigation into alleged collusion between the Trump campaign and Russia, according to GOP congressional investigators on Wednesday.

Page texted Strzok on Aug. 2, 2016, saying: “Make sure you can lawfully protect what you sign. Just thinking about congress, foia, etc. You probably know better than me.”

“We are not making conclusions. What we are saying is that the timeline is concerning enough to warrant the appointment of an independent investigator to look at whether or not the Obama White House was involved [in the Trump-Russia investigation],” a GOP congressional source told Fox News.

The congressional investigators pointed out to Fox News that the CIA and FBI are supposed to be “independent agencies,” and noted that “coordination between political actors at the White House and investigators would be inappropriate,” raising questions about the level of involvement of Obama White House officials.

…on August 25, 2016, Brennan went to Capitol Hill to brief Harry Reid — and it was unclear whether FBI officials attended the briefing, a congressional source told Fox News.

Strzok replied: “D [Comey] said at am brief that Reid called him and told him he would be sending a letter.”

Congressional investigators suggested that the Reid letter possibly provided “cover” for the fact that the FBI and Justice Department had already begun investigating the Trump campaign in mid-July on what they called “questionable ethical and legal grounds.”

Page and Strzok sent tens of thousands of text messages throughout 2016—many of them anti-Trump and pro-Hillary. It was serious enough for Mueller to remove Strzok from the Russia investigation in August of 2017. Strzok was later reassigned to human resources. He was a top counterintelligence. Strzok was also involved in the Hillary Clinton email probe, where the two were texting that they felt the bureau was going too hard on Hillary. Other texts reportedly showed the two attempting to collude with a FISA judge, who presided briefly over the case involving former National Security Adviser Michael Flynn. The judge, Rudolph Contreras, was recused a short time after Flynn pled guilty to lying to the FBI.  They also mentioned skirting federal recordsregulations. Oh, and Strzok was reportedly informed that there might be evidence of a breach in Clinton’s server; he did nothing about it. Katie wrote today that the DOJ inspector general is going to look into reported FISA abuses at the FBI. It has not been a banner year for the FBI.