US Embassy in Russia Warns Americans to Flee ‘Immediately’ 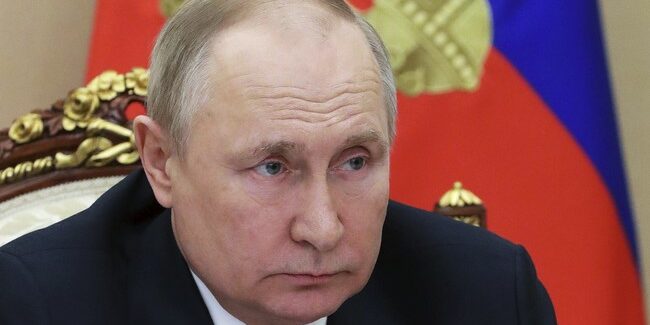 The U.S. Embassy in Russia advised Americans in the country to flee “immediately” while there remains the ability to do so.

“Russia may refuse to acknowledge dual nationals’ U.S. citizenship, deny their access to U.S. consular assistance, prevent their departure from Russia, and conscript dual nationals for military service,” the embassy warned in a security bulletin Tuesday after the Russian government announced last week it would begin mobilizing its citizens to the armed forces in its war effort against Ukraine.

“The U.S. Embassy has severe limitations on its ability to assist U.S. citizens, and conditions, including transportation options, may suddenly become even more limited,” the bulletin continued. “U.S. citizens should not travel to Russia and those residing or travelling in Russia should depart Russia immediately while limited commercial travel options remain.”

The warning also reminded U.S. citizens that the constitutional rights they enjoy in America are not protected in Russia.

“We remind U.S. citizens that the right to peaceful assembly and freedom of expression are not guaranteed in Russia,” the embassy said.  “Avoid all political or social protests and do not photograph security personnel at these events.  Russian authorities have arrested U.S. citizens who have participated in demonstrations.”

Since Russian President Vladimir Putin announced the partial mobilization decree, more than 260,000 draft-eligible men have attempted to flee the country.

The White House said Monday that Russians seeking refuge in America can apply for asylum.