Wait–Obama Said We Haven’t Been Attacked By Foreign Terrorists In Eight Years? 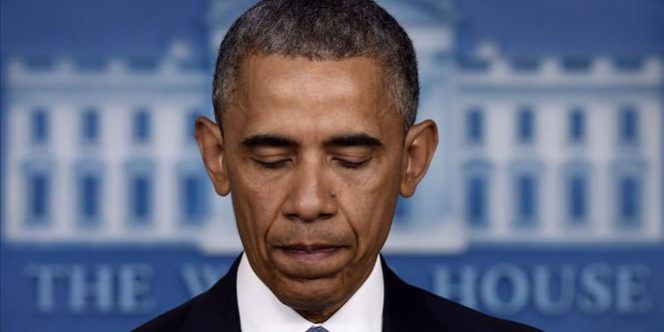 President Obama mentioned in his farewell speech that no foreign terrorist organization has planned and executed an attack on the homeland.

Because of the extraordinary courage of our men and women in uniform, and the intelligence officers, law enforcement, and diplomats who support them, no foreign terrorist organization has successfully planned and executed an attack on our homeland these past eight years

The president has been laying it on thick over the past week with this claim. On January 4, at Fort Myer in Arlington, President Obama addressed members of the military in a farewell ceremony, where he reiterated the claim that “no foreign terrorist organization has successfully planned and executed an attack on our homeland these past eight years.”

The first such attack took place on June 1, 2009, when Abdulhakim Mujahid Muhammad shot and killed Army Pvt. William Andrew Long and injured Pvt. Quinton Ezeagwula at a military recruiting station in Little Rock, Ark. The shooter claimed later that he acted as a member of al-Qaeda in the Arab Peninsula, which operates out of Yemen.Later that same year, on Nov. 5, 2009, Major Nidal Malik Hasan went on a shooting spree at Fort Hood in Texas, murdering 14 people. Prior to the attack, Hasan was in contact with al-Qaeda’s Anwar al-Awlaki.

On April 15, 2013, the radicalized Tamerlan and Dhozkar Tsarnaev, both of whom frequented a mosque with connections to al-Qaeda, detonated two bombs at the Boston Marathon, killing three and injuring more than 200.

One year later, on Oct. 23, 2014, Zale Thompson assaulted and injured two police officers in Queens, N.Y., with a hatchet. Though he was a so-called lone wolf, Thompson acted after he became self-radicalized through ISIS, al-Qaeda and al-Shabab literature.

On July 16, 2015, Muhammad Youssef Abdulazeez shot and killed four U.S. Marines and one sailor at a Navy reserve facility center in Chattanooga, Tenn. FBI Director James B. Comey said later that there was no doubt that Abdulazeez was, “motivated by foreign terrorist organization propaganda.”

Later, on Dec. 14, 2015, Tashfeen Malik and her husband, Syed Farook, shot and killed 14 people at a Christmas party in San Bernardino, Calif. The shooting spree left an additional 22 people with injuries. The FBI reported the two shooters had been radicalized by Islamic terrorist organizations, though the bureau has not yet determined which group most inspired the attack. ISIS has described the two terrorists as “supporters.”

The Washington Post’s fact checkers gave no rating for this claim. Why? Well, they say that the president chose his words carefully. By focusing on foreign terrorist organization, the White House can duck and cover, declaring the attacks above is the work of homegrown terror, not part of a planned effort, and fueled by self-radicalization by Islamic extremists. I think the American voter isn’t going to see the difference. With the Internet, pouring the toxic ideology of Islamic extremism to influence lone wolf attacks seems to be an outreach strategy that has yielded dividends for groups like the Islamic State. And it’s not just in the United States; ISIS has struck terror into the hearts of the France, Belgium, and Germany. Yes, it’s great that a 9/11-style attack hasn’t occurred again, but to say that foreign terrorists haven’t hit us since 9/11 is a bit of a stretch.